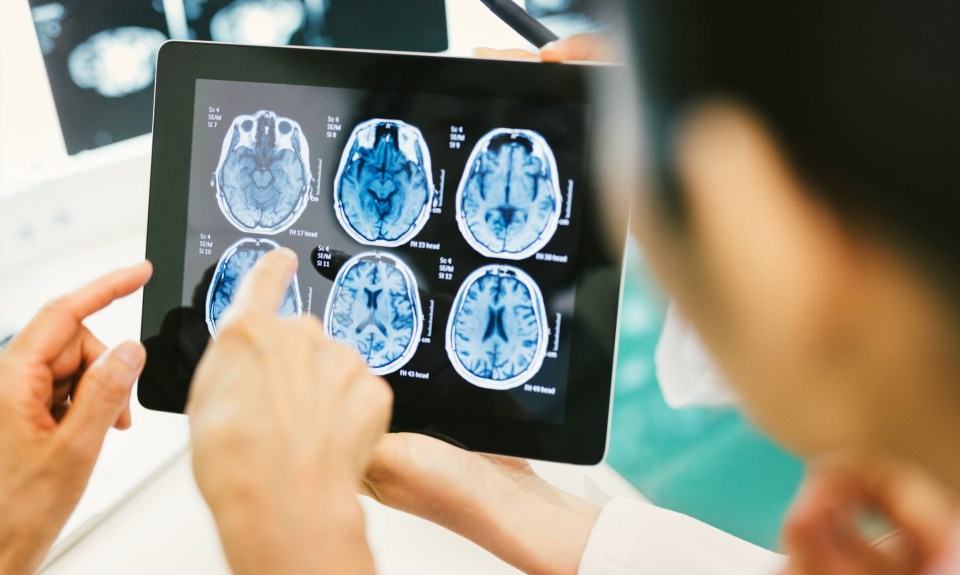 Stroke occurs when blood flow to part of the brain is disrupted by blockage or a blood vessel in the brain ruptures. Stroke symptoms depend on the type, severity and location where the stroke occurred. Most are either a left-sided stroke or right-sided stroke. Wherever it occurs, a stroke is always an emergency because with every minute that passes, more brain cells are lost.

There are different types of stroke. Ischemic stroke, the most common, is due to a blockage caused by blood clots or a build-up of plaque in a vessel. Hemorrhagic stroke is caused by a leaky or ruptured artery in the brain. This type of stroke is usually due to an aneurysm (a bulge in the artery that can rupture or leak) or high blood pressure, which increases resistance in the arteries.

The American Stroke Association uses the acronym F.A.S.T. to educate the public on the warning signs of stroke and the importance of acting quickly. Regardless of whether the stroke happens on the right or left side, recognizing the symptoms and seeking immediate medical care is vital.

F – Facial drooping on one side of the face. This includes numbness or uneven smile.

A – Arm weakness. Weakness or numbness in one arm could be a sign of stroke. The

affected arm may also drift down when outstretched.

S – Speech difficulty. Slurring or garbled speech is a sign of stroke.

T – Time to call 911. Reaching a stroke center for immediate treatment can greatly reduce the effects of stroke.

The American Stroke Association lists the following as other signs and symptoms of stroke:

While the above symptoms send a warning alert for stroke, the area of the brain where stroke occurred can determine the long-term effects. Although it may seem strange, a stroke on one side of the brain results in neurological complications on the opposite side of the body.

Encompass Health is a national sponsor of the American Heart Association/American Stroke Association's Together to End Stroke. For more information on stroke prevention download our Life After Stroke guide for patients and caregivers.

The largest portion of the brain is known as the cerebral cortex. It contains both a right and left hemisphere. Strokes that occur in the right hemisphere are referred to as right-sided strokes.

Effects that may be seen after a right-sided stroke include:

Effects that might be seen with a Left-Sided Stroke include:

There are certain factors that place a person at higher risk for stroke. While some factors can be reduced with lifestyle changes, others cannot. Knowing the following risks is an important step in preventing stroke:

Rehabilitation should be implemented as soon as the patient is medically stable. Rehabilitation services are based on specific needs but may include: