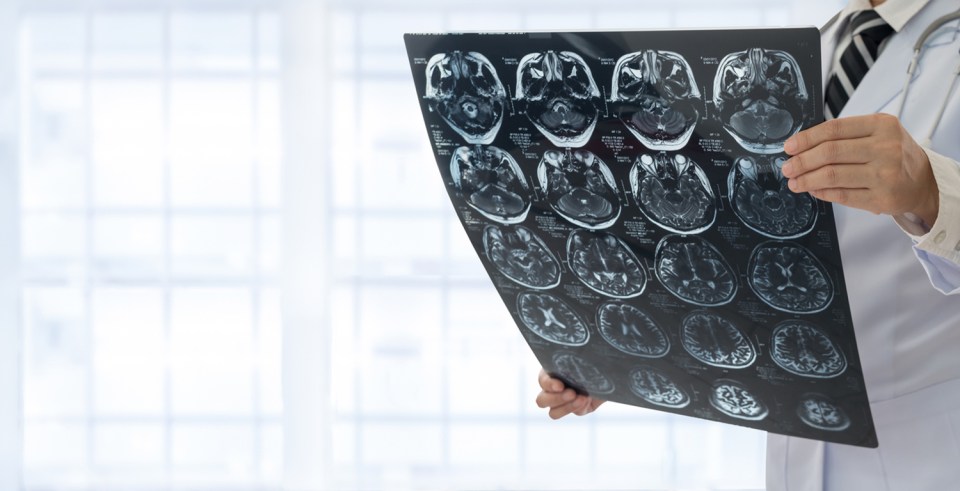 All strokes are not the same, although some are more common than others.  The good news—it is not difficult to understand the differences.

It is, quite simply, a condition in which the brain cells die.

Because of the configuration of arteries in the brain, the area hit by the “drought” usually forms a wedge shape. Visualize it as the sprinkler system you use on your lawn. If one sprinkler head malfunctions, the wedge of grass it watered will die.

As with all other aspects of stroke, location is everything. It is where the infarction took place that decides a person’s fate. Even a small infarction can cause severe disability if it occurs in a vital area. If the brain tissue dies in the interior area of the brain, it can cause paralysis on one-half of the body. If it is in the occipital lobe area, it can affect vision.

Thrombosis is the most common form of stroke. In fact, 80 to 85 percent of all strokes are ischemic in nature. Here, the blood flow in the brain, either deep in its interior or in the carotid artery in the neck, is blocked because of a clot that forms in the artery. Atherosclerosis is its greatest influence. Think of it. Either through cholesterol deposits or aging, the inside walls of the arteries become less flexible; thick deposits of fat form, and passageways become too narrow for blood to flow through smoothly. Instead, the blood forms a clot around these thick deposits as it tries to get past.

The deposits or rough places on the artery wall are seen by the body as a “call to arms.” The blood, thinking these areas need repair, clots around them. Platelets send out their thin clotting fibers. Red and white blood  cells join in the action. Soon, the clotting has a life of its own, acting like a net as it pulls platelets, red blood cells, even bits of floating cholesterol into its web. A scab can form, making the mass of cholesterol and blood even thicker.

The result? A clogged-up passageway that life-sustaining blood can’t pass through.

The ultimate result? A thrombotic stroke.

This type of stroke, too, is also caused by a clot. These embolic strokes are less common than their thrombotic cousin. But these clots, called emboli, are the traveling salespeople of stroke, a mass of tissue, blood and cholesterol that originates somewhere else in our body, usually in the heart or the neck’s carotid artery, only to end up in the brain. Here, when the clotting action occurs, a piece of clot eventually breaks off. This clot, or embolism, is carried by the bloodstream to the brain, where the arteries are smaller. Soon, the clot gets stuck, literally plugging up the passageway beyond it. Blood simply cannot get past the embolism.

A third type of stroke has less to do with infarction’s “drought” than it has to do with flooding.

Hemorrhagic strokes usually are helped along by hypertension, which weakens and changes the artery walls in the brain. A weakened wall eventually ruptures, spilling blood into the brain. Sometimes this problem is congenital, a condition that has existed since birth. Unfortunately, high blood pressure can stretch this already vulnerable wall to its limits. In the same way a worn tire can explode one day while you are driving, this wall can ultimately burst. We call this medical “blowout” a ruptured aneurysm, which sends blood all around the surface of the brain.

Think of lacunar strokes as tiny infarctions. Smaller than one cubic centimeter in size, they occur where the larger arteries branch off into the minute vessels, or capillaries, deep within the brain.

But like all strokes, location is everything. Lacunes can pack a big wallop if they occur in critical areas. Only one tiny lacune, deep inside the brain, can lead to total paralysis on one side. On the other hand, lacunes can go unnoticed until their numbers increase and more and more brain tissue is lost.

Lacunar strokes are most common in patients who have diabetes or hypertension.

These are the different types of strokes. Their signs and symptoms vary, based on location, type and severity.