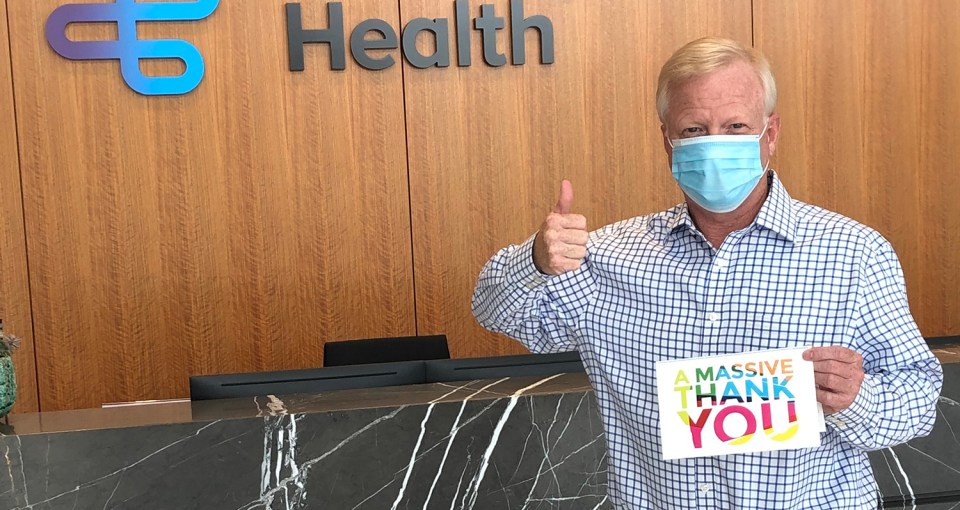 Rusty Yeager sends out a thank you to all employees as they’ve worked to stay connected during the pandemic.

Prior to the COVID-19 pandemic, Rusty Yeager wasn’t one to be found sitting in his office all day with the door shut.

Instead, the chief information officer at Encompass Health was in the trenches on the third floor of the company’s home office in Birmingham, engaging with his employees. Overseeing an IT department of more than 240 people, Yeager has always believed that in-person interactions are key to building and maintaining a positive culture.

However, those in-person interactions came to a standstill in early March, when the COVID-19 pandemic forced Encompass Health to send its home office employees home to shelter in place and work remotely.

As an IT department, Yeager wasn’t concerned about his employees being able to work at home.

“I was worried about people becoming isolated,” he recalled. “That’s what makes people want to leave an organization. We needed to maintain closeness in a virtual world. The disruption that happened almost overnight increased stress.  Stress reduces cognitive capacity, which can have negative implications on day-to-day work, creativity and customer interactions.”

Turning on the camera

For the former Air Force chief information officer, keeping employees from feeling isolated at home meant stepping out of his comfort zone. “Video conferencing was not my deal,” he said.

Yeager holds weekly meetings with his managers—and early on they were via teleconferenece, but as the pandemic continued into the summer, he realized it was time to turn the camera on. While he admits those virtual meetings weren’t the same as person-to-person ones, they could still read each other’s facial expressions and, to some extent, body language. “How many people do you see smile or hear laugh on a conference call?” he added.

“I didn’t want to lose our culture, because it is integral to our success, or for us to lose the collective intelligence of the group,” he said. “That’s what enables us to be leaders and be innovative.”

Having frequent video calls with his managers, and having them doing the same with their respective employees, allowed the group’s collective intelligence to remain intact, even though employees were miles apart.

Go ahead and copy one more to that message

Keeping employees in the loop is also important. “It is so easy to feel isolated and out of the loop when you are working from home,” he said. That means leaders need to be more inclusive in their messaging when dealing with a remote workforce.

He said leaders need to be “hypersensitive” to keeping employees connected, even if that means something as simple as copying them on an email.

Putting the puzzle back together

Throughout the months of sheltering in place, Yeager said these simple measures helped keep employees connected and engaged while out of the office, but that doesn’t mean he believes an office environment is a thing of the past.

“If we don’t get the pieces of the puzzle back together, we don’t have a picture,” he said. “I think it’s good people are starting to come back in a little. It allows people to be with people.”

Yeager said as the office slowly reopens, he’s eager to return to the trenches, visiting and engaging with his employees, even though those communications will occur at a distance.

“Everybody is ready to get back to normal,” he said. “It’s just a new normal, not the old one.”