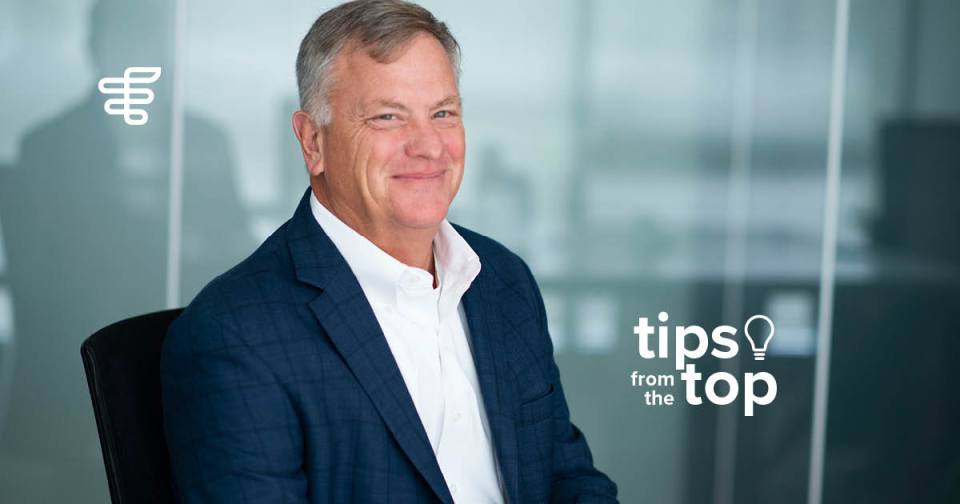 Despite his title, Ed Mowen, president of Encompass Health’s MidAtlantic region, doesn’t see himself any differently than his colleagues or employees who work within his region.

“I’m just one of them – not the regional president,” he said. “My job is to make their jobs easier.”

Known for his approachability and his great sense of humor, Mowen is admired by his colleagues for the way he connects with employees within his hospitals. However, this trait wasn’t taught in a classroom or learned through a mentorship. It comes honestly.

Straight out of high school, Mowen’s first job was loading bread on a bread truck. He enjoyed his work and decided to drop out of college. However, his perspective changed after he became a husband and a father. In an effort to find a better way to support his family, Mowen decided to return to school to earn a bachelor’s degree in accounting while working two jobs to take care of his wife and two children and pay for his education.

After completing his degree, reality hit hard when he took a 50% pay cut to get his foot in the door at a small, not-for-profit healthcare company. It was a rocky start, but Mowen’s career path started to take form. After a couple of years, he took a chance and left his employer for a director of finance and reimbursement position at another company. When his boss was promoted, Mowen got his first shot at a leadership position and increased responsibility serving as interim chief financial officer. With a new found love for leadership, Mowen chased an opportunity to work in a leadership role with a hospital system and subsequently home health before landing a regional chief financial officer position at Encompass Health in 2005. He worked in this role for six years until the growing region divided, and Mowen was tapped as president for the new region, which included 21 inpatient rehabilitation hospitals.

Mowen’s favorite thing about being regional president is working with great people. He dedicates time on the road to visit each of his hospitals each quarter to check in with his teams face to face. Being in the hospitals is also where Mowen gets his best ideas for ways to solve challenges the hospital may be facing or how he can make his employees’ jobs easier.

“Getting to know the employees on a more personal level is vital to an organization’s success. It helps me think outside of the box, and I am not going to get that sitting in my office,” he added.

Mowen talks to every employee he can get face time with and makes sure he gets to know them on a more personal level, because he strongly believes a good leader should not only care about their employees during work hours, but after hours too, he said.

He also makes sure to give praise where praise is due—directly to employees, and makes sure he is constantly challenging his leaders in a positive manner.

“No matter the metric, strong metrics equal better patient outcomes. No one comes to work saying ‘I’m not going to do my job well.’ Every person contributes to our success and giving feedback is important,” Mowen said. “People like to know when they’re doing a good job, and that they are appreciated.”

When visiting hospitals, Mowen also said it’s important to talk with patients and their families. When they have a complaint, he wants to hear it. He understands honest feedback is vital to making an organization better, and he tries to find a solution within his power to resolve the concern.

Whether it is loading bread on the truck, serving as an interim chief financial officer or serving as a regional president for the country’s largest owner and operator of inpatient rehabilitation hospitals, Mowen’s ultimate belief is clear.