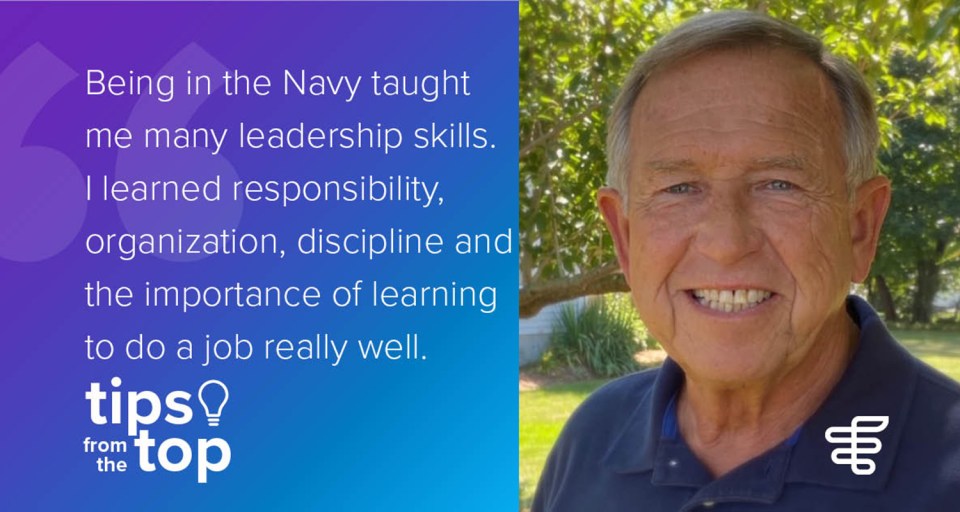 “I wake up at 5 a.m. most mornings and I’m on my computer answering emails starting at 6,” he said. “After all these years, I’m still excited to go to work every day – believe it or not.”

Steve’s role fulfills his love of working with people and being able to teach Encompass Health’s sales teams to make a difference in the lives of others, all while working for a company he truly believes in. However, it’s his love for healthcare and helping people that has been a common thread woven throughout his life. It’s also inspired his daughter and son to pursue careers in nursing.

As a child growing up in New Jersey, Steve was accident prone. He found himself in and out of hospitals as early as age 3, when he broke his arm as a result of a tricycle accident. This trend continued throughout his childhood with more broken bones, stitches, ligament treatments, a knee surgery and a broken jaw. However, going to the hospital never seemed like a bad place to Steve.

In 1969, the same year Steve graduated high school, came the first year of the United States draft lottery for the Vietnam War. Steve’s birthday corresponded with a very low number on the chart, which meant he would have been drafted and sent to southeast Asia. Knowing he was already committed, Steve went to the local Navy recruiter’s office to trade his Army draft notice in for a position in the Navy. When the Navy recruiter asked him what he was interested in, Steve, fresh out of high school and unsure what his future held, told the recruiter he wanted to work in medicine.

Steve became a hospital corpsman and was sent to the Great Lakes Navy Base in Illinois for basic training and was then transferred to Great Lakes Naval Hospital for his corps training. While it was originally thought that he’d be deployed to serve in Vietnam, he was never assigned to a fleet marine detachment. He was stationed at stateside Naval hospitals for a couple of years. Then he was sent, as one of three American sailors to set up a medical dispensary to serve the sailors and their families on a new submarine base in La Maddalena, an island off the coast of Sardinia, Italy.

“Being in the Navy taught me many leadership skills. I learned responsibility, organization, discipline and the importance of learning to do a job really well,” Steve said.

Not having physicians on the island for the entire year he was stationed there, Steve and his fellow medical care team members stepped up to care for a variety of different health needs. They performed emergency medicine, delivered babies and helped with flight medical evacuations – all without physicians.

Then, upon returning home to the U.S., Steve was excited to continue his path in healthcare and immediately enrolled at Boston University to earn his bachelor’s degree of science in nursing. After graduation, he worked in community hospitals for a couple of years then had a four-year stint at an insurance company performing utilization review, and that’s also where he discovered the post-acute world.

While working for the health insurance company, Steve was asked to do research into brain injury providers. Ultimately, Steve ended up being recruited to work for one of those providers in 1984, which served a young brain injury population and Steve became hooked on rehabilitation. A few years later, he moved into an administrative job at a post-acute provider in Boston. It was during this time when Steve was elected to serve as president of the National Subacute Care Association, a professional organization for post-acute care leaders.

In 2005, he joined Encompass Health, then known as HealthSouth, to oversee marketing and business development for the company’s 19 hospitals in its northeast region. In 2007, the Company embarked on its first initiative for TeamWorks, its sales and marketing training program. Along with his peers, Steve began teaching the Company’s established sales and marketing best practices to its sales and marketing teams. While no longer serving patients in a clinical role, Steve enjoys still being able to make in impact on patient care through his involvement in TeamWorks.

One key learning Steve highlights in TeamWorks is the 4 Es: Expertise, Enthusiasm, Ego and Empathy. All good sales people need to demonstrate these qualities to be effective at what they do in an effort to build relationships and trust. “I have often reflected on these qualities and believe they are found in strong leaders as well,” he said.

Elaborating on those qualities, Steve shares the following tips:

With all of these qualities, you also need to be a relationship builder. “Relationships are what everything, especially in business, is built on,” Steve said.

An example of this is a relationship he built with a family when he worked in the brain injury field. Steve met with a mother who wanted her child to be treated at the facility but did not have the finances or know how to work through her insurance. Steve advocated hard for the patient and family, and the payor finally agreed for the child to be treated there for the next year. The family was forever grateful.  It’s been 25 years since Steve helped the family, and Steve still receives a Christmas card every year as proof she hasn’t forgotten what he did for their family.

“No matter what you do, you can still make an impact,” he said. “I still get that sense of accomplishment knowing I somehow helped change a life.”