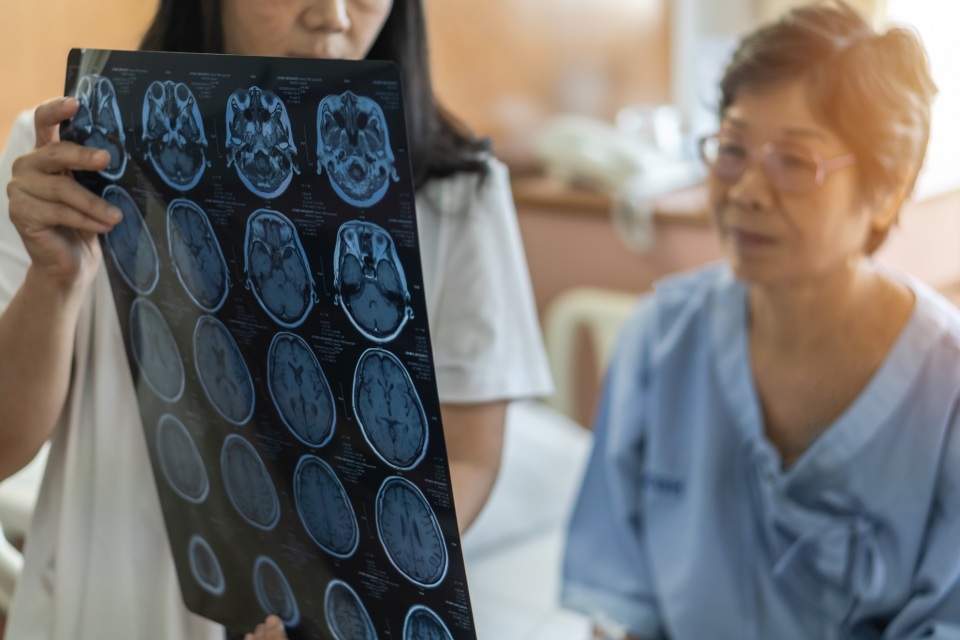 It’s inevitable. As we age, our brains change. Older adults might forget names, occasionally misplace the car keys or have trouble finding the right word. But when are these changes cause for concern?

Typical Part of Aging or Dementia?

The early signs of dementia are often mistaken as a normal part of aging. The key differences are that dementia symptoms interfere with daily life and affect various areas. Jennifer Howland, a therapy team leader at AnMed Health Rehabilitation Hospital, who works with dementia patients, said it’s common to forget things, “but with dementia, there will be impairments in at least two of the following areas: short-term memory, language skills, communication, focus, reasoning and problem-solving.”

What is Dementia and how is it Different from Alzheimer’s?

Dementia is caused by damage to or loss of nerve cells and their connections in the brain. Depending on the area of the brain that’s damaged, dementia can affect people differently and cause different symptoms.

Dementia and Alzheimer’s are often used interchangeably, but while they are linked, they are not the same thing. Key differences:

Talking to a Loved One about Dementia

Presenting your concerns over early signs of dementia can be a difficult conversation. “It is natural that the person may be defensive, angry or even in denial that anything is wrong. Try to see the situation from their point of view and make sure that you don’t appear to be critical or accusing them of anything,” Howland said. Here’s how you can make the conversation smoother:

Decide in advance what you are going to say and be prepared for any reaction. “You can start by saying that you are worried about their memory and ask if they have the same concerns,” Howland said. Your loved one might deny that anything is wrong. “If this happens, don’t argue with them. Without directly disagreeing with their views, you could give specific examples of things that have happened lately to cause concern. Be specific and make sure you have a couple of key incidents. But be prepared for the fact that they may not remember them.”

When and where you express that you’ve noticed early signs of dementia can play into how your loved one perceives your concerns. “It’s best to talk about it when you’re both at your best, not when you’re tired from a long day or when they are most likely to be irritable.”

Also try to limit distractions like the TV or phones and be aware of your body language. “Folded arms can look confrontational, so if you can, have your arms open and maintain eye contact,” Howland said.

Tell your loved one that you are there to help and that you want to make sure they are OK. “If they do open up about concerns they have, ask them what they have been finding difficult lately and where they think they need help. Afterwards, make a note of anything they tell you so that you have specific points to discuss with their physician.”

If you have both agreed to visit the physician, offer to make the appointment and reassure them that you will go with them.

At Encompass Health, our patients benefit from individualized care plans, specialized clinicians and the most advanced technology.