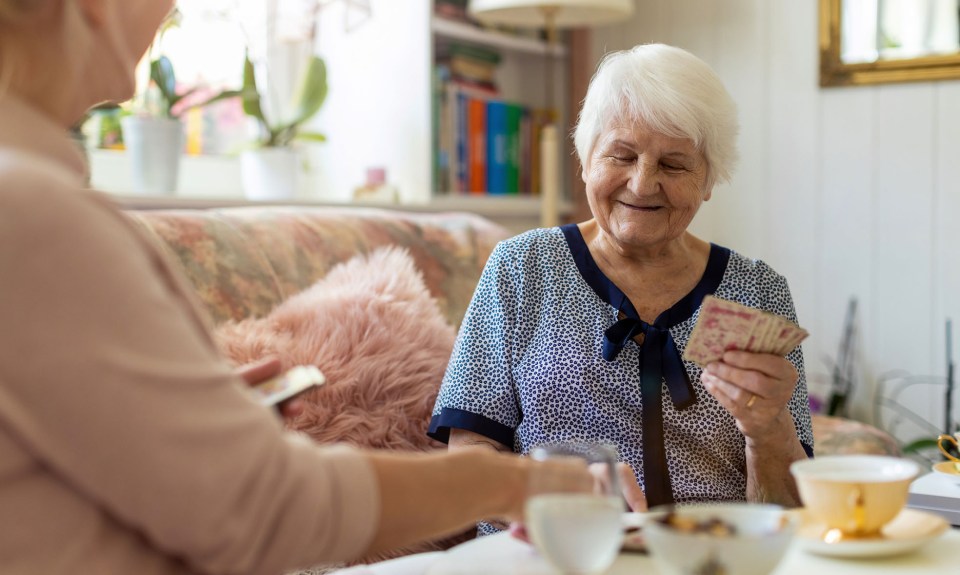 Caring for a loved one with dementia can be challenging. Vickie Howsare knows first-hand.

As the chief nursing officer for Encompass Health’s MidAtlantic region, she is used to caring for patients with dementia, but she also has a mother in the end stages of the disease.

“It’s not an easy road to go,” she said. “Mom has days that she gets combative, but she also has good days, too; they’re just a little different than what they used to be. “

In the six years since her mother was diagnosed with dementia, Howsare has watched the disease progress. She’s also learned how to manage some of the behaviors, such as agitation and combativeness, that come with dementia. If you have a loved who was recently diagnosed with dementia or even in the middle to late stages, Howsare offers the following strategies to care for them.

Routine is key for those living with dementia. “I can’t stress that enough,” Howsare said.

According to the Alzheimer’s Association, a structured day can help ease anxiety for those with dementia; it can also help lift some of the burden off you, the caregiver. When developing a daily routine, consider those activites that your loved one found meaningful and familiar before the onset of the disease. Those could include anything from knitting to household chores and daily hygiene.

“If they had a hobby before, keep them doing it,” Howsare said. “If they didn’t, you do want to keep them busy. Do word searches or something to keep their interest, anything that stimulates their brain.”

For those in early stage dementia to the middle stages of the disease, a daily plan could look something like this:

Meet Them Where They Are

While your first urge may be to correct your loved one when they are exhibiting paranoid or confused behavior, you’re better to meet them where they are.

“You’re better to just roll with it,” Howsare said. “If you argue or try to correct them, they might get more defensive, and then you’re getting nowhere. When my mom gets defensive, I usually try to give her some quiet time and let her reorient.”

Instead of arguing, the Alzheimer’s Association recommends first empathizing with your loved one and understand that to them, their concerns are very real. Then, find a way to distract them by bringing up another topic.

Multitasking is challenging for those with dementia. Crowded places can be confusing. Howsare said keeping activities and interactions simple can help your loved one stay engaged and socialize longer.

One-on-one conversations are easier for someone with dementia to follow. In larger groups, they may have trouble following along, which could lead to them feeling left out or paranoid. That was the case with Howsare and her mother during large, family gatherings.

“Sometimes there’s just too much activity for her to take in,” she said. “Then she thinks there’s something going on about her and gets upset.”

Howsare said it really goes back to having a routine they are comfortable with that engages and stimulates them while also keeping them social.

As a nurse, Howsare said she is used to dealing with distraught patients, but for other of her family members, this behavior is foreign and upsetting. Howsare said the best advice she can give is to not take it personally. It’s not your loved one; it’s the dementia.

“Sometimes, you just need to step away and take a few deep breaths,” she said. “Get yourself out of the situation until you can control your emotions.”

Caring for a loved one with dementia can be stressful, but there are resources out there to help you. Check with your local chapter of the Alzheimer’s Association to find a support group near you, and don’t forget to take time for yourself. Find a trusted friend or neighbor who can spend time with your loved one while you take time for yourself, or enlist a professional caregiver or find an adult daycare to help lesson the load on you.