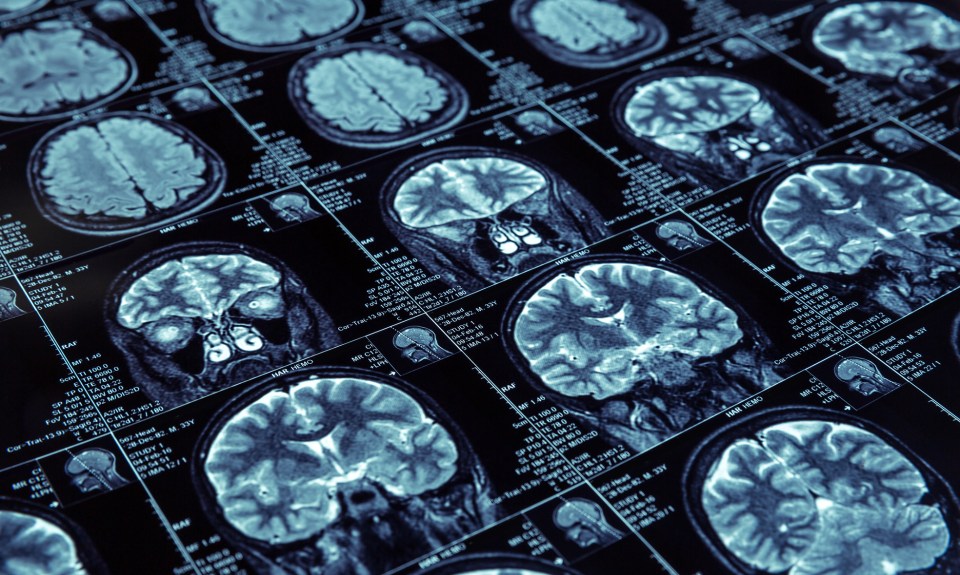 It happens to everyone, even young people. You are chatting with your spouse over dinner. You should be able to remember the name of your favorite actor and one of his historic movies, but this time it takes you a few minutes to blurt out “Al Pacino!” and “The Godfather!” No big deal, unless you are 65 years old, and it is 2 in the morning when you finally sit up in bed and remember his name. Doctors call it the “Tip of the Tongue Syndrome.” You may blow it off when you are 30 years old, but when it happens more often at ages 65 or 70, should you worry?

Alzheimer’s disease, the most common form of dementia, is defined by progressive memory loss and the loss of other intellectual abilities that are serious enough to interfere with daily life. It is a common problem, and your chance of developing Alzheimer’s disease doubles every five years after the age of 65.

Inside your brain, a protein called amyloid beta peptide accumulates around the nerve cells inside your brain—as early as 10 or 20 years before you have symptoms—and causes them to malfunction and die.  A great deal of research is directed toward identifying the amyloid protein in the brain and toward treatments to both prevent its deposition and remove amyloid that has already been deposited in the brain. This is important, because when the day arrives that we have effective methods to both prevent and treat Alzheimer’s disease, we will want to be able to identify, as early as possible, which individuals are going to develop Alzheimer’s disease.

Who would want to be tested for Alzheimer’s disease?

There is the woman whose mother and father both died of Alzheimer’s disease and who wants to know if she is at a high risk to develop the disease. A 65-year-old man may be worried about whether his memory loss is just a part of normal aging or whether he has early Alzheimer’s disease. He would like an answer, so he can better plan his future.  Do the current tests provide accurate information to assist these two individuals and their physicians to make intelligent predictions?

The other type of PET

A PET scan is different than an MRI scan. A radioactive “tracer” is injected in a vein and, depending on the tracer, the scan looks at different ways in which the brain works. It may look at how the brain consumes oxygen or glucose, or how blood flows to the different parts of the brain. When testing for Alzheimer’s disease, the PET scan uses a tracer that identifies amyloid in the brain. The radioactive material attaches to the amyloid and the PET scanner produces elegant, full-color pictures of the brain. But, what does it mean if you have amyloid in your brain? Does it mean that you already have or that you will get Alzheimer’s disease?

The problem is that PET scans in older people routinely find amyloid protein in 30 to 40% of cognitively intact older people. The good news—a negative scan means that there are few or no amyloid deposits in your brain and the likelihood of cognitive impairment is low. That is of course good news, but again doesn’t guarantee that you will not develop Alzheimer’s disease. The problem is that if you are cognitively normal, but still test positive for amyloid in your brain, we do not know how to accurately determine your risk of developing Alzheimer’s disease. The scan may provide you with information that will cause you to worry unnecessarily. It is for these reasons that CMS (Medicare) has restricted routine reimbursement to research studies. An amyloid PET scan alone doesn’t help either of our two anxious patients.

Is it in your genes?

What about genetic testing? Should you order a kit on line and send a swab that not only tells you how many of your relatives came from Scotland, but also claims to tell you your risk of getting dementia? The role of genetics in Alzheimer’s disease is complicated. Two people may have the same gene, but only one may go on to develop a disease like Alzheimer’s.

What can you do?

It is important to make the diagnosis of Alzheimer’s Disease. Some have referred to it as getting the “elephant out of the room.” The problem is out in the open, and everyone can plan accordingly.

What we do know is that “if it is good for the heart, then it is good for the brain.” Follow a healthy diet, exercise, control your cholesterol and blood pressure, don’t smoke and stay cognitively and socially involved with your environment.

Alzheimer’s is still a clinical diagnosis and not one that can be made solely on the basis of scans and genetic testing. For now, seek out the help of a neurologist who is interested in dementia. She should be able to rule out other causes of cognitive decline like depression, medications, sleep and vascular causes, while guiding you through the maze of uncertainty. With all this information in hand, together you can plot a course of action.