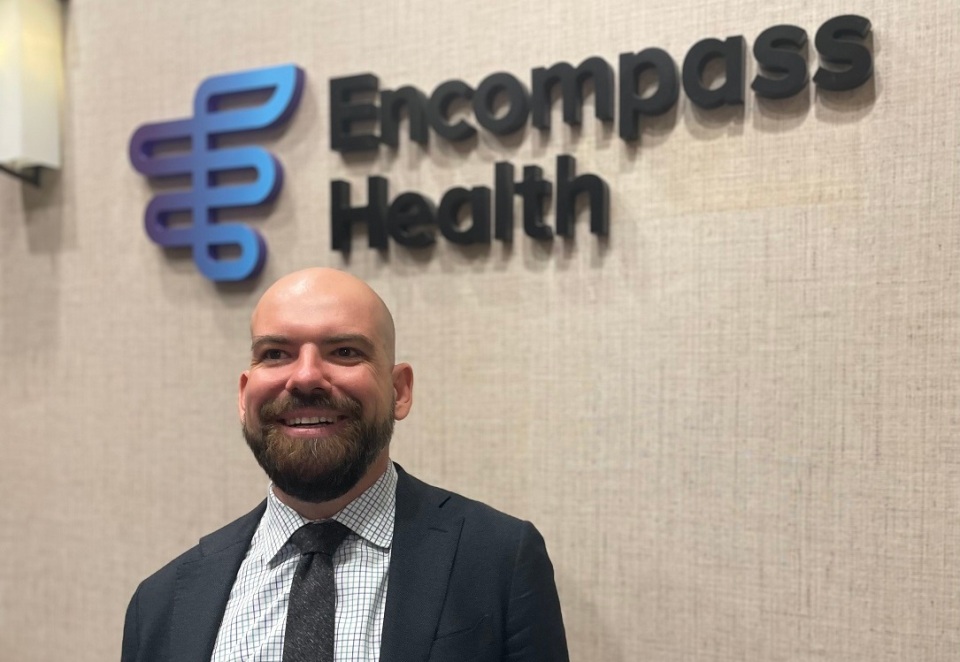 Anthony Griffith is a marketing liaison at Encompass Health Rehabilitation Hospital of Desert Canyon in Las Vegas, but his experience with Encompass Health started in 2015 after suffering a second stroke at only 28 years old.

An avid sportsman, Griffith considered his love for competition and playing sports part of his identity. When his abilities to play were hampered by stroke, Griffith felt like a piece of himself was missing. He experienced atrophy in his right arm and lost mobility on the right side of his body as a result of the stroke. “I took a lot of pride in being good at sports and being strong and being able to handle physical challenges really well. All of a sudden I couldn’t do that anymore,” Griffith said.

Griffith went to Encompass Health Desert Canyon for inpatient rehabilitation. With his competitive spirit and drive to heal, he got stronger and was able to return home after three weeks. His body was healing, but life post-stroke wasn’t the same.

‘A Shock to the System’

Griffith was excited to get back to his life. He had a loving family, a job he loved and plenty of support. But something still felt off. “When you finish therapy and leave the hospital you expect to get back into your routine because life doesn’t slow down. It can be a shock to the system,” he said.

Isolation and a loss in confidence is common among stroke survivors. In Griffith’s case, his physical limitations—a limp and atrophy in his right arm—took a toll on his mental health. He missed the intense athletic competition that played a big part in his life before stroke. Even surrounded by family and friends, he still felt alone. “For me, the hardest part of stroke recovery is the mental aspect and isolation you feel as a stroke survivor. There was a constant battle with myself, and I didn’t talk about it.”

Griffith knew he wanted to address his mental stress related to stroke, but he wasn’t sure how. In 2019, nearly four years after his discharge, he drove past Encompass Health Desert Canyon where he was a patient. On a whim, Griffith decided to stop by and ask about support groups for stroke survivors. He discovered there was a group and decided to give it a try.

A Sense of Belonging

After just one group meeting, Griffith knew he found something special. “When I went and opened up and got it all off my chest, it was the best I felt in I don’t know how long. I couldn’t wait to go back.”

Griffith returned for a second session, where he connected with a stroke survivor’s family and shared his story. “I remember the family was so engaged hearing my story.” It was that moment when he realized there was more to the stroke support group than his recovery. “For years I was the one needing help, and all of a sudden I was able to offer someone else help. It was extremely empowering.”

Griffith became a regular at stroke support meetings, both healing himself and helping others. He shared his story, attentively listened to his fellow survivors and offered support however he could provide it.

Griffith not only built close relationships with fellow survivors, but also employees. He approached a case manager he had come to know well and asked about future opportunities to impact more stroke survivors. “I just wanted to be involved with Encompass Health beyond stroke group,” he said.

Turns out there was a marketing liaison position open that fit Griffith’s professional background and allowed him to have meaningful interactions with patients and their families. He was hired and now works with case managers and physicians at acute-care hospitals to speak with patients and their families about the opportunity to come to Encompass Health for inpatient rehabilitation. “I have a connection with these patients. When you lay in a hospital bed and fight for your life, you’re part of a group that none of us want to be part of,” he said with a laugh. “But we are part of it, so when I speak to patients there is an instant connection between us. More times than not I leave the hospital room feeling like I made a new friend.”

In addition to his responsibilities as a marketing liaison, Griffith oversees the stroke support group at the hospital. Anyone in the community is encouraged to join regardless of their patient status. Sessions include guest presentations from therapists, dietitians and other medical professionals who offer advice tailored to stroke survivors.

Griffith explains that while all presentations are useful to participants, he finds that the connection among survivors is the most important aspect of the support group. “Sometimes I’ll just stand up and tell my story and ask if anybody has something they would like to share. Those are almost always the best sessions.”

Continuing to Help Others 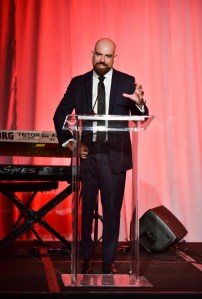 In 2019 Encompass Health teamed up with the American Heart Association and American Stroke Association to develop educational tools for healthcare professionals, patients and caregivers as part of the Together to End Stroke initiative.

Griffith is embracing what he can do and started playing golf, a pastime from his childhood, except this time, he’s learning to play one-handed. His competitive spirit is still alive and well. “I think I’m going to be a lot better one-handed than I was two-handed. I will always play golf for the rest of my life. That I can promise.”

The trusted choice in stroke rehabilitation

See how Encompass Health’s expert care teams can help you or loved ones get back to what matters most after a stroke.