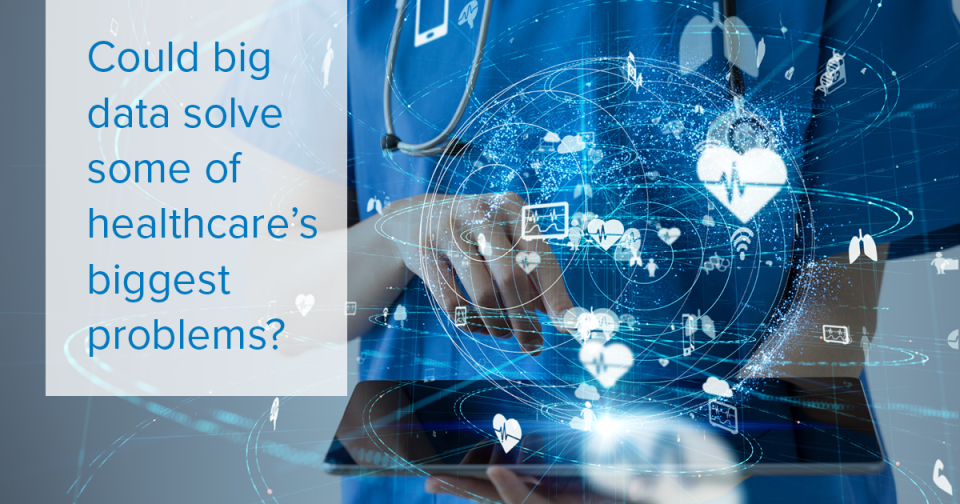 Big data is a buzzword in healthcare, and refers to the vast amount of data providers have accumulated over the years, thanks in part to electronic health records (EHRs).

While acute care providers have been utilizing the power of big data to develop predictive models to improve outcomes and lower costs, this data has been virtually untapped in the post-acute space, mainly because many post-acute providers have yet to fully adopt a robust EHR and don’t have access to big data specific to post-acute care.

However, predictive modeling in the post-acute setting has the potential to effectively couple the clinical status of a patient with evidence-based clinical interventions in order to optimize outcomes and reduce costs.

Investing early in an EHR

Encompass Health was an early utilizer of predictive modeling in post-acute care . The company has co-developed predictive models with Cerner, a national health information technology leader.

Nearly a decade ago, when acute care providers were incentivized to adopt an EHR as part of the HITECH Act, Encompass Health leaders decided to make a $200 million-plus investment in an EHR, even though post-acute providers were not eligible for any government subsidies.

The rollout of ACE IT (Advancing Clinical Excellence Through Information Technology), Encompass Health’s proprietary version of Cerner Millennium, included a multi-year implementation and was fully operational in all Encompass Health hospitals in 2018.

“It is by far the largest and most successful EHR deployment in the post-acute industry to date,” said Rusty Yeager, the company’s chief information officer. “The project truly transformed Encompass Health from a completely paper-based system to a completely electronic workflow and documentation system.”

Predictive analytics to reduce the risk of an acute care transfer

With the EHR in place, Yeager said, “it was time to leverage the investment to fulfill the vision of advancing clinical excellence,” and with recognition that readmissions are detrimental to a patient’s well-being, the focus of its first big data project was clear. The company teamed up again with Cerner to develop a predictive algorithm to reduce the risk of an acute care transfer (ACT) from an Encompass Health hospital.

An ACT is challenging for a patient, and also expensive as the acute care hospital can receive financial penalties from the government and other payers for excessive readmissions.

ReACT runs throughout a patient’s stay, categorizing the patient’s level of risk for an ACT based on 30 predictors identified as statistically significant. The risk factors include clinical signs such as loss of appetite, vital signs, Braden score, missed therapy and medications. There are three levels of ReACT risk— low, high and very high—that are updated through ACE-IT in near-real time. A change in patient risk level from low to high or high to very high risk will trigger an alert to clinicians, leading to further evaluation for the need for enhanced monitoring and treatment.

“The goal of ReACT was to identify those patients at risk of an acute care transfer, thereby providing clinicians an opportunity to intervene before a patient gets sick and requires a transfer back to the acute hospital,” said Dr. Lisa Charbonneau, Encompass Health’s chief medical officer.

In June 2019, the company had its lowest ACT rate and its second highest discharge to the community rate in more than a decade, despite serving more complex patients during this period.

“The results we’ve seen by investing in an EHR early on are paying off,” Charbonneau said. “With healthcare evolving at such a rapid pace, Encompass Health is playing an important role in shaping the future of patient care in the post-acute setting, and most importantly, we’re improving the lives of our patients.”

With the success of ReACT, Encompass Health is continuing to utilize big data from its inpatient rehabilitation and home health EHRs to develop another predictive model. The new model focuses on keeping the patient at home after discharging from an Encompass Health hospital. The readmission model is being piloted in eight Encompass Health locations, with the ultimate goal of rolling it out companywide. The model picks up after ReACT and monitors a patient’s readmission risk for up to 90 days after discharge. A structured follow-up protocol is also in place for patients identified as high risk for a readmission.