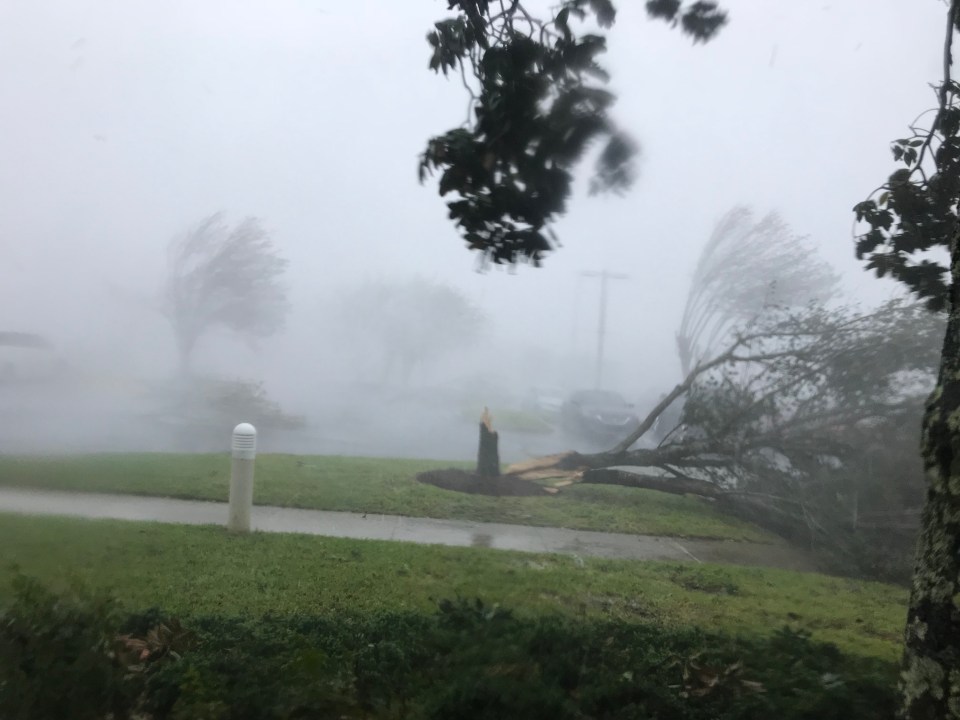 As hurricane season kicks off on June 1, Tony Bennett feels certain his hospital will be prepared, even though his community is still recovering from the impact of Hurricane Michael, a Category 5 storm that devastated Panama City, Florida last year.

Bennett is the CEO of Encompass Health Rehabilitation Hospital of Panama City. When Hurricane Michael was developing off the Gulf Coast, he was wrapping up a business trip and headed to visit his son in Miami. The storm wasn’t supposed to be severe enough to threaten his home or hospital, but suddenly, it took a turn for the worse and became a major hurricane and was headed directly to his community.

The sudden change in intensity and quickness in which the hurricane made landfall gave Bennett and his team little time to prepare, but thanks to resources provided from Encompass Health’s Home Office and regional team, the hospital weathered the storm better than most in the area.

Encompass Health has 131 inpatient rehabilitation hospitals in 32 states and Puerto Rico, about 40 of which are located along the Gulf and Atlantic coasts, which are prone hurricanes. The Company’s Northeast hospitals weathered through superstorm Sandy in  2012, and more recently, its Puerto Rico hospitals survived Maria, which devastated the small island two years ago as well as Hurricane Harvey that affected the Houston area.

Drawing from those experiences and many more, Encompass Health Panama City was able to care for its patients during the strongest storm to hit Florida since Andrew in 1992, while providing for its employees afterwards.

Before the storm
Bennett ended his visit with his son early to return to the hospital, where storm preparations were already underway.

The hospital’s chief nursing officer set up a command center, and calls began with regional leadership, as well as the Home Office.

“Those calls include IT, construction and design, quality and risk, and whoever else needs to be included,” Bennett said. “It includes all hospitals that would be in the risk zone. We all give a report on our status and preparedness.”

Hurricane Michael hit Panama City on Oct. 10. Days before that, Bennett and his team were having calls twice a day to ensure the hospital had fuel, water and even WiFi throughout the duration of the storm. He was also working on staffing for before, during and after the storm, as they decided to shelter in place and not evacuate patients, a decision Bennett doesn’t regret.

“I get asked a lot, going through what we just went through, would I have evacuated ahead of time; I still wouldn’t have,” he said. “Everyone was taken care of during the storm. They were protected; their lives were never in danger from the storm. They were just glad when it was over; we all were.”

During the storm
The worst of Michael hit Panama City at noon Oct. 10. It pounded the area for nearly three hours, snapping  trees and toppling buildings.

At first, the hospital continued to operate as usual, serving lunch and continuing therapy.

“We were trying to distract patients, keep their mind off the storm,” Tony said. “Then a tree toppled over, and we could hear the roof peeling off the gym.”

An air conditioning unit was ripped off the roof, sending it crashing into the parking lot below.

The sliding doors of the dayroom were ripped open as were those in the front and back of the hospital.

Despite the chaos caused by the storm, Tony said employees kept calm and did what needed to be done. They continued to work and care for patients for three days after the storm made landfall.

After the storm
Thanks to the generator, the hospital had power, but like the rest of the community, there was no running water, which posed an unexpected problem. “We had to have water to flush the toilets,” Bennett said.

They made use of the water available in the hospital’s therapy pool, but it was clear patients could no longer stay at the hospital.  With a nearby hospital in Tallahassee, Bennett said they began the process of moving some 30 patients to Encompass Health Rehabilitation Hospital of Tallahassee.

Ambulances arrived the Friday following the storm to transport the patients, and many staff members left with them to assist with the surge of patients the Tallahassee hospital would receive.

With the patients evacuated, Bennett said they were able to begin repairs, a process already started thanks to pre-storm preparations.

The Home Office sent a construction crew to a safe location out of the storm’s path prior to Michael making landfall, but close enough to get to the hospital after the storm and make any needed repairs.

“They staged a restoration company just out of the danger zone, so they could get there as quickly as possible and begin the mitigation process,” Bennett said. “I’ll be forever in debt to those who staged them. Somebody showed up the next day.”

Lessons learned
There’s not much Bennett said he would do differently. Considering the strength of this storm and the speed in which it hit the area, they were lucky, he said. There are a few tips he’ll share, though, as hurricane season heats up.