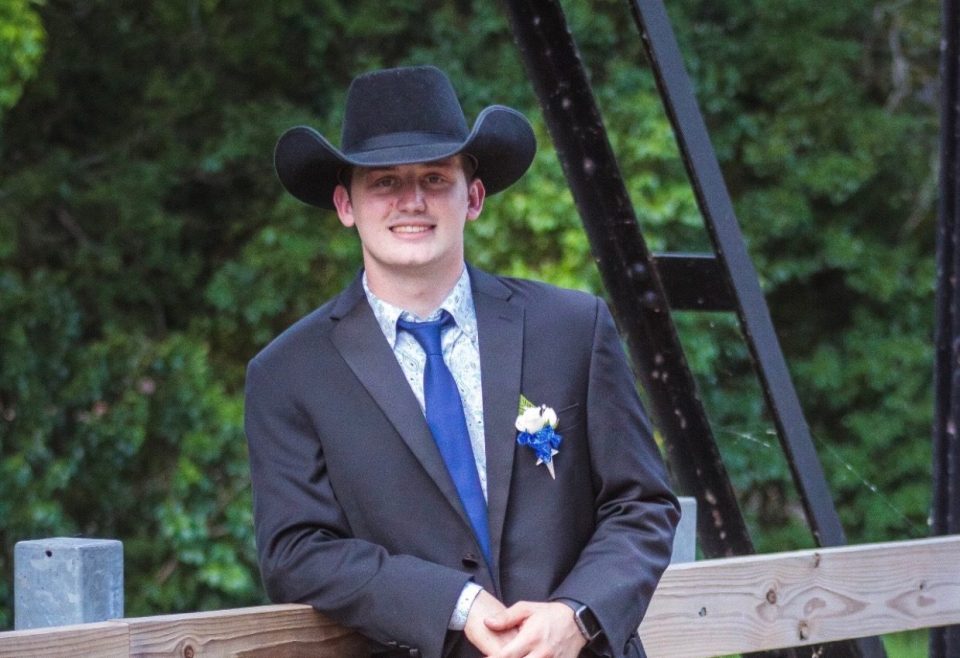 An evening of watching street car races with family on March 17, 2019 didn’t go quite as expected for Cody Langley. After getting clipped by a car going around 180 miles per hour, Cody, a senior in high school, can’t recall anything within a two-week span after the accident. The last thing he remembers was telling his brother to swap positions on opposite sides of the road.

However, he has the injuries and the road to recovery to prove it.

As a result, Cody sustained three breaks and displacement in his leg, injury to his spleen, a fracture in his spine, a brain injury and bruised lungs. He spent four weeks in an acute care hospital before being transferred to Encompass Health Rehabilitation Hospital of Pearland in Texas. Upon arrival, Cody was tube fed, had a tracheal tube due to the lung contusion and struggled with his balance.

“When I first met Cody, I was amazed by how much he had overcome. His determination and positive attitude is what helped him progress so quickly. I have no doubt he will continue to amaze all those around him,” said Cody’s Occupational Therapist Jeffrey Despommier, OTR, MOT, OMS, CUA.

“Cody had difficulty with some areas that were not coming back as quickly as others including his memory and complex problem solving,” added Daniel Marrufo, MS, CCC-SLP, speech therapist at Encompass Health Pearland.  “When I introduced competition in each task to drive his interest, it made it easier to accomplish his therapies. He can let you know how he beat his best friend, girlfriend and myself in memory and reaction time tasks. Competitive cognitive exercises were great motivation for him.”

He returned to eating solid foods, progressed from walking on a walker to a cane and possibly found his calling in life – nursing. Just weeks shy of graduation, Cody was so deeply impacted by the care he received from his nurses that he’s decided to look into nursing programs.

“Nurses really helped me through all of this,” he said. “What the trauma nurses did was the difference in me living and not being here.”

There were a couple of personal goals in the forefront of Cody’s mind while going through rehabilitation. He wanted to be able to go to prom with his girlfriend, walk at graduation and enjoy a meal from Jack In The Box.

After hospital discharge, Cody made a Jack In The Box run and, while donning his boots and cowboy hat, danced with his girlfriend at prom. Seeing his determination in rehabilitation, there’s no doubt he’ll accomplish whatever he puts his mind to next.

“The first day I met Cody, I had no idea how resilient he is,” said Cody’s Physical Therapist Roel R. Nunez, PT, DPT. “Cody’s work ethic and determination to overcome his injuries is an inspiration to all.”