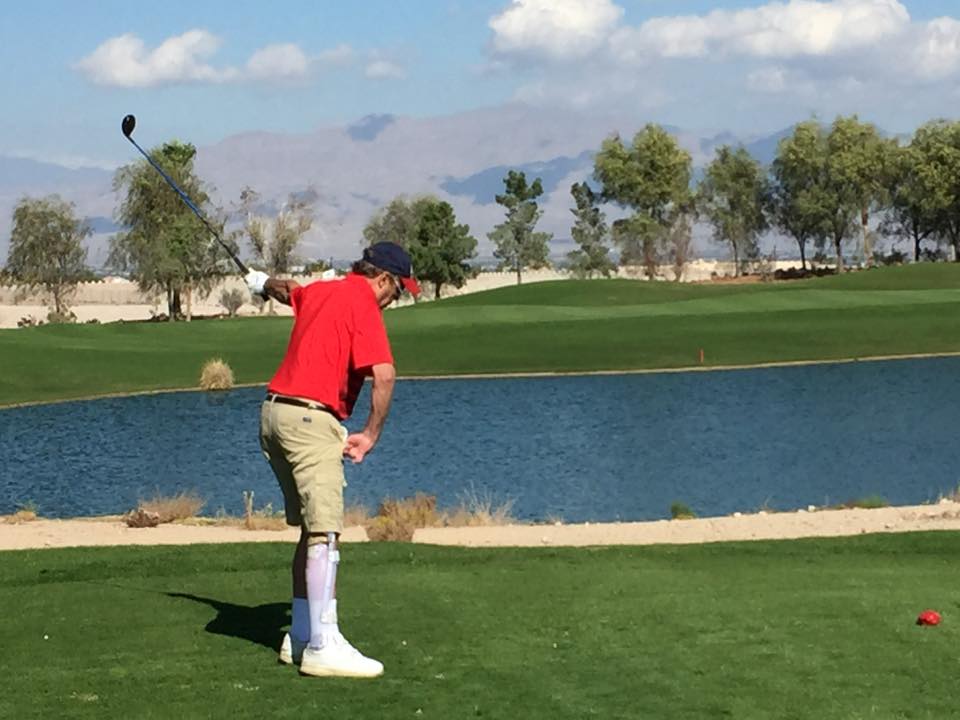 Joe Bates was on a fishing trip with friends in April 1999. It was 3 a.m. when he suffered from a massive brain stem stroke. Next thing he knew, eight days had passed.

Joe had a friend who was a physician who told him that his stroke was so severe, he shouldn’t have survived. He entered Encompass Health Rehabilitation Hospital of Dothan, “as bad as you can get,” Joe said. Rehabilitation was hard for Joe. Often times he felt distressed and unmotivated. Then he began to accept that life after stroke is different and that is okay. “As soon as you accept things are different after your stroke, you can start to move on and get better,” Joe said.

Before the stroke, Joe said he would run up to five miles a day. He enjoys being out in nature and golfing. Being a professional golfer, Joe was eager to get back onto the course. Getting back on the golf course and continuing his healthy lifestyle were the primary motivations behind Joe’s rehabilitation. The persistent attitude of the staff also helped Joe find motivation to keep training. They pushed him every day to work harder and get better.

A few years after finishing rehabilitation, Joe went to visit his brother in Denver, Colorado. With Joe’s new and refined swing, they decided to put together a golf clinic with stroke survivors. Joe believes that being a part of some sort of stroke club is essential to life after stroke. The group would hit golf balls for about 30 minutes and then go to Buffalo Wild Wings. “It became more of a social club,” Joe said.

Joe now spends as much time as he is able to on the golf course. He said that with his new unique swing, he is now up to 90 yards. “I can’t ask for a better life than the one I have now,” Joe said.