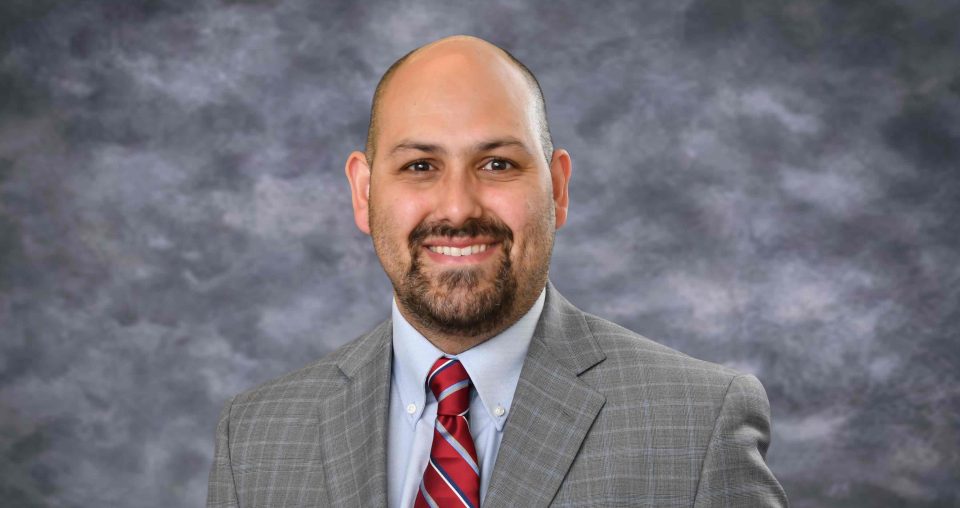 Since HealthSouth Rehabilitation Hospital of Altamonte Springs opened its doors in 2014, Dr. Eliam Fuentes-Tirado, medical director and independent practice physician, has spent each day giving patients a second chance and helping them return to independence. While physical medicine and rehabilitation is his current specialty, it was not always his field of choice. Originally planning to enter the field of internal medicine, he quickly changed paths after a personal experience led him to his current field.

While on one of his rotations during his final year of medical school, the unimaginable happened. After a short period of headaches, his 2-year-old daughter became unresponsive and comatose. She experienced a hemorrhagic stroke, which was triggered by arteriovenous malformations (AVM), a disconnection of arteries and veins in the brain. His joyful and playful daughter lost her ability to walk, see, talk and move the left side of her body four months before her third birthday. She stopped breathing and required intubation and eventually needed surgery for evacuation of the blood.

“We were hoping that after surgery everything was going to be back to normal; but it was not. She required rehabilitation services, which is when I learned about physiatry or physical medicine and rehabilitation,” Dr. Fuentes explained. Physiatry is the specialty that focuses on the diagnosis, rehabilitation and management of neuromuscular conditions. When it was time for rehabilitative care, she was transferred to nearby HealthSouth Rehabilitation Hospital of San Juan where Dr. Fuentes experienced the impact of rehabilitation by watching his daughter heal and regain function and strength.

Dr. Fuentes and his family became caregivers and gained firsthand experience of becoming patients. “The sentiment of feeling powerless is something that I understand and helps me to interact with my patients,” he explained to reinforce the importance of how mixing hope, faith and hard work during therapies makes a big difference. Each day, Dr. Fuentes is grateful to make an impact in the lives of his patients, and his secret to providing top-notch patient care wouldn’t come as a shock. “Smile and treat them like family,” he said. “Being a relative of a patient, or a patient, helps you better understand and connect with patients.”

As for his now 12-year-old daughter, she made a fantastic recovery, is a great student and regained almost all her function after rehabilitation services. She lives an active life, loves working with children, is very involved with church activities and hopes to one day become a dentist.