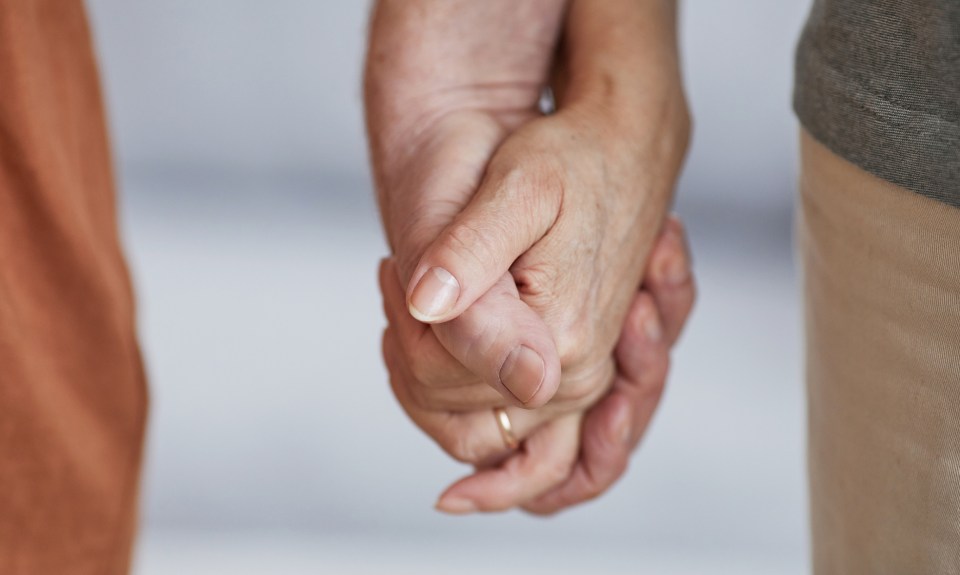 At the end of July 2021, after learning they had been exposed to someone with COVID-19, Bud and Alexia (Lexie) Rogers did the prudent thing—they got tested. Even though they came back positive, the Rogers weren’t concerned. The Houston area couple was active and healthy. The parents of two adult daughters, both worked demanding jobs and cared for elderly parents. Still, they took the proper steps to stay on top of the condition, quarantining for 10 days and taking the recommended doses of vitamins and zinc.

“Bud started feeling a little off, and I felt like I had a sinus infection, so we asked the doctor what to watch for,” Lexie recalled.

Their symptoms worsened quickly. Lexie was nauseous, and both experienced loss of appetite, extreme fatigue and weakness. By the end of the first week of August, Bud was sent for an antibody infusion, but a mix-up resulted in him being turned down and sent home.

As the days passed, even the simplest of tasks became daunting. The couple realized this wasn’t something that was going to pass without medical attention. When Bud fell in the kitchen and neither he nor Lexie had the strength to get him up, Lexie called 911. In a few short hours, Bud was hospitalized on a ventilator, and Lexie was in the intensive care unit on oxygen. Three and a half weeks went by before the couple would see one another again.

Both Bud and Lexie were diagnosed with COVID pneumonia, and Bud developed serious complications. He went into septic shock, a life-threatening condition, and remained on the ventilator for over a week. During that time, he had a mild heart attack and had to have kidney dialysis when his organs began to fail.

Meanwhile, Lexie remained in the ICU for over a week fighting her own battle with low oxygen levels and difficulty breathing. Their adult daughters acted as healthcare advocates and cheerleaders for their parents, keeping their spirits up while picking up the slack on the home front.

A week and a half later, Bud improved enough to come off the ventilator, but he and Lexie remained in the hospital. The couple still hadn’t seen one another, and phone conversations were difficult because Bud was suffering from COVID-related confusion and fatigue.

When the hospital began talking about releasing the couple around Aug. 20, they knew that going home wasn’t a possibility. Although both were improving, they were in no condition to return to their normal activities or care for themselves at home.

“We knew we weren’t ready to go straight home, but we had no awareness of skilled nursing or rehabilitation facilities,” Lexie said. “A friend recommended Encompass Health, and, luckily, our insurance covered that, so on Aug. 25, I went to Encompass of Cypress, and the next day Bud followed.”

On his third day at Encompass, Bud was finally taken off COVID isolation, and at long last he and Lexie were reunited. The event was celebrated by the entire Encompass Health team. “It was very emotional for the staff to see Bud and Lexie together again,” said Susha Thomas, director of therapy operations at Encompass Health Cypress.

Throughout rehabilitation, Lexie focused on building her strength and improving her breathing. Although she had enjoyed frequent three-mile walks before COVID, when she arrived at Encompass Health, simply standing at the bedside could cause her oxygen level to drop. Bud didn’t experience the same lingering breathing difficulties, but he had lost 35 pounds during his hospitalization and was weak and unable to even turn himself over in bed.

“Lexie’s mobility was great, but her oxygen saturation dropped with walking,” said Lara Stevens, physical therapy assistant at Encompass Health Cypress. “Bud weaned off oxygen faster, but he had mobility and cognitive problems that made it hard for him to grasp information.”

According to Thomas, COVID-19 patients who have severe symptoms, such as Bud, can experience an almost total paralysis that requires intensive therapy. It is important to start slowly and build their strength at a gradual pace. In Bud’s case, physical therapy was needed to regain the core strength and balance that allowed him to turn and sit up in bed, and eventually progress to walking. Bud’s occupational therapist also focused on fine motor movement, enabling him to carry out important self-care tasks.

“The therapy at Encompass was individualized, so Lexie and I had our own therapy sessions, but we were able to get together between sessions, and once in a while we bumped into each other while at therapy,” Bud said. “We were also able to eat some of our lunches and dinners together. At least we could see each other after weeks apart.”

Both Bud and Lexie progressed quickly under the guidance of the skilled staff at Encompass Health. While there, they learned about the rehabilitation process and important safety lessons, such as fall prevention. They also received three hours of daily therapy, taking breaks as needed, while increasing endurance and distance in walking. For the past two years, Encompass Health Cypress has even offered an art therapy program designed to strengthen fine motor and cognitive skills while giving patients a mental break by engaging in a fun, relaxing activity. Since Bud is an artist, this class was particularly enjoyable for him.

One of the therapies Lexie considered the most beneficial was the pulmonary program. In addition to breathing exercises designed to improve lung strength and regulate breathing, she learned about an important respiratory tool.

“The first time anyone mentioned getting a pulse oximeter to measure oxygen concentration in the blood was at Encompass Health. It is a small device and very affordable, but it is so important. I wish I had known about that and what to watch for earlier,” Lexie said.

Two weeks after entering rehabilitation, both Bud and Lexie were home. Lexie plans to return to work in October, and Bud is looking forward to going back soon. Lexie continues to use supplemental oxygen, and they’re both still working toward regaining their strength and energy and getting back to a fully normal life, but they have made great strides. Bud attributes much of his recovery success to the therapy he received at Encompass Health.

“The three hours of daily therapy was so helpful. I couldn’t have done it if we had just been released straight from the hospital to home,” he pointed out.

They have nothing but praise for the staff at Encompass Health Cypress and are grateful for the passion of the therapists, nurses, doctors, food service employees and others who cared for them and inspired them to get better.

Stevens acknowledged the goal from day one was to help the Rogers return to as full and healthy a life as possible, but she said much of their success was due to their own motivation.

“Both Bud and Lexie were very hard workers who wanted to get better. They were willing to do whatever it took, and that is a huge factor. Motivation is everything,” she said.