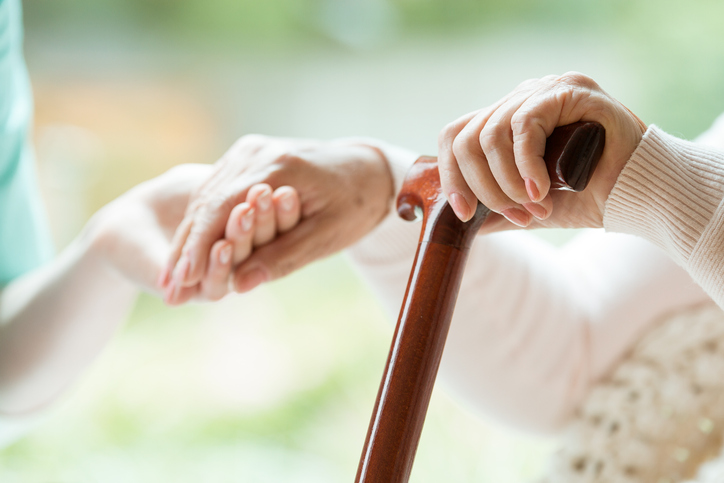 Know the signs and treatment options for Parkinson’s disease.

Parkinson’s disease is a chronic, slowly progressing, neurological degenerative condition caused by the lack of dopamine in our bodies. There are a number of Parkinson’s symptoms as a result.

Nerve cells in a part of the brain called the substantia niagra, make and use a brain chemical called dopamine. Dopamine sends messages to other parts of the brain signaling muscles to move smoothly and do what you want them to do like put on your shoe or stand up, as well as coordinate movement and balance.

In Parkinson’s disease, the nerve cells that produce dopamine are damaged and fewer in number. When dopamine levels are low, there is trouble moving because the brain is not sending out the correct signals.

Functionally, we see this as Tremor (at rest), Rigidity (muscle stiffness), Akinesia (slowness movement) and Postural instability. These are the four most common Parkinson’s symptoms remembered by the acronym TRAP, as these people sometimes feel trapped in their own bodies.

I feel trapped in my own body. It’s hard to have a regular conversation because the volume of my voice has been affected. I can’t do things because my tremor makes my hand clumsy. I want to socialize more and feel like a normal human being but I am so slow.
—a Parkinson’s patient

Parkinson’s symptoms often appear very gradually. Not all people experience all of the symptoms and the rate of progression of each symptom is unique to each person. Parkinson’s symptoms are considered progressing if it takes increased time to perform activities of daily living, such as walking, dressing or eating.

Understanding that low levels of dopamine affect both voluntary and involuntary muscles can help you understand why people with Parkinson’s disease experience what they do. Here are some examples of how lowered dopamine levels affect involuntary muscles in the body and some ways to help:

As Parkinson’s disease progresses there are many additional non-motor difficulties that may manifest themselves: choking and swallowing difficulties, unexplained pain, cognitive impairment, visual hallucinations, depression and anxiety, excessive daytime sleepiness and insomnia at night. Being aware of symptoms and limitations in people with PD, can enable one to better interact with the patient and enhance the relationship with the family.

Constipation, which may be one of the first symptoms of Parkinson’s disease

Loss of smell and taste

Since there is no cure for Parkinson’s disease at this time, the main goal of treatment is to manage the symptoms, postpone progression and minimize onset of new symptoms as long as possible. Treatment options at this time include medications, therapy, diet and exercise and surgery in a select few cases.

However, the best way to delay the progression of the symptoms is to stay active. There are many Parkinson’s disease exercise classes available in many communities including Rock Steady Boxing, Delay the Disease, PWR (Parkinson Wellness Recovery), pedaling / cycling and dancing classes. Structured classes are a great option, but doing any exercise for at least 150 minutes/week that raises your heart rate will help delay your symptoms. So get moving!