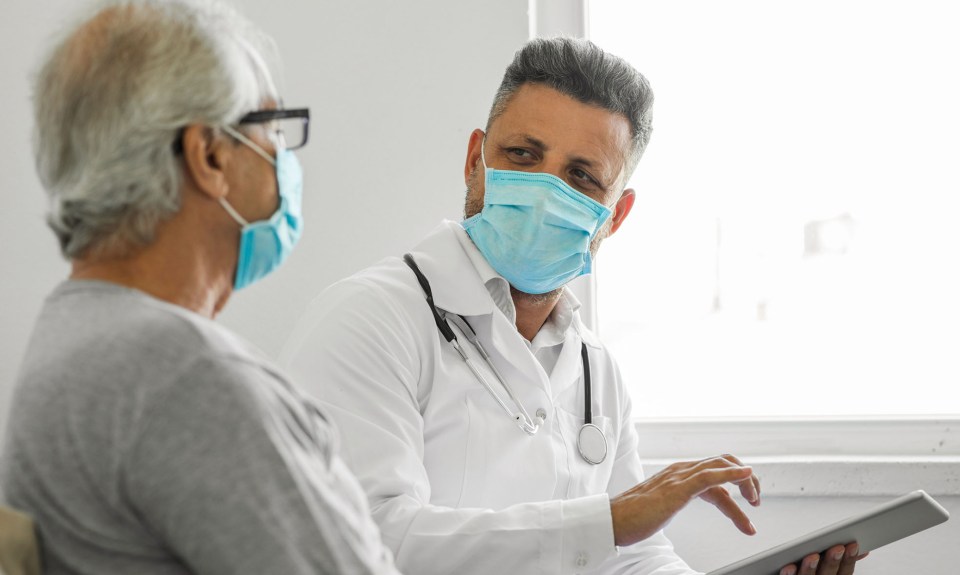 Many risk factors for stroke in men can be reduced or managed with the help of a primary care physician.

A stroke occurs when blood supply to the brain is interrupted or is significantly diminished. While stroke is generally similar in presentation for males and females, understanding the risk factors and signs of stroke in men can lead to quicker treatment and better outcomes.

“A stroke can happen for several reasons—such as blood vessels getting narrow, a blood clot blocking supply or bursting of a blood vessel,” said Dr. Syed Kazmi, stroke program director at Encompass Health Rehabilitation Hospital of Round Rock. “The brain gets denied of nutrients and cannot function.”

With a few exceptions, risk factors for stroke are universal between sexes, and many can be managed to prevent a stroke from occurring. Risk factors that can be controlled or treated include:

Risk factors that cannot be controlled include previous strokes, gender, ethnicity, certain genetic conditions and age. Because women have a longer life expectancy than men, they experience a larger number of strokes. However, in younger demographics, the instances of stroke are higher in men due largely to health status and lifestyle.

Many of the stroke risk factors can be reduced with proper medical oversight and management, which is why it’s paramount to be aware of your health and have a primary care physician.

Signs of stroke in men

While certain risk factors may differ between men and women, the signs of stroke are universal. Remembering the acronym FAST can help identify a stroke and get urgent treatment.

In addition to the well-known acronym, there are other signs to be aware of. If you experience sudden blindness, dizziness or loss of balance, know that these can also be signs of stroke.

“Many people will notice these signs, but don’t connect them with the brain or a stroke,” Kazmi said. “These signs should not be missed.”

While the signs of stroke are the same between women and men, Kazmi has recognized one additional trend with men in his many years of practice. Typically, he said, he has found that men are more likely to delay care than women are.

“I have found that men typically seek medical attention at a later time, especially younger men,” Kazmi said. “This is the age group where you can make a large difference by picking up those signs early on and acting.”

If you believe you or someone you know is having a stroke, it’s important to treat the situation as a medical emergency and seek treatment immediately, as delaying treatment can lead to more significant brain damage.

“I recently had a younger patient who initially felt weakness in his leg and had some minor difficulty walking,” Kazmi said. “Instead of seeking treatment, he went home and went to bed. The next morning, he woke up unable to move.”

Many of the preferred stroke interventions must be used within a specific time frame from the onset of the stroke. For example, current literature says clot-busting medication must be administered within 4.5 hours. A specific surgical intervention that can retrieve the blood clot should take place within six to seven hours, Kazmi said. When you promptly seek medical treatment, stroke teams can begin preparing immediately, from paramedics to surgeons.

Conversely, Kazmi said, even if you have missed a window for early treatment, it’s still paramount to receive medical attention as soon as possible to minimize potential damage to the brain, regardless of sex.