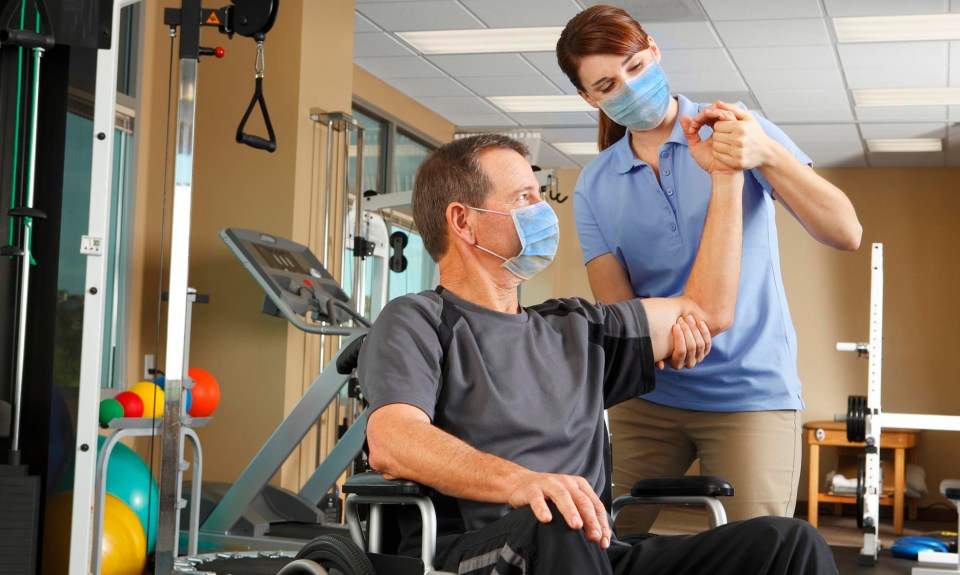 Both Parkinson’s disease and MS can limit a patient’s mobility. However, inpatient rehabilitation can help.

Parkinson’s disease and multiple sclerosis are both degenerative illnesses that limit a patient’s mobility. While there are differences in Parkinson’s and MS, patients with either condition can benefit from inpatient rehabilitation. Learn about the causes of the two conditions, their symptoms and possible treatments.

What is multiple sclerosis?

Multiple sclerosis is a progressive and debilitating disease of the central nervous system (brain, spinal cord and optic nerves) that disables the communication between the brain and other parts of the body. It involves an immune-mediated process in which an abnormal response of the body’s immune system is directed against the central nervous system.

Within the central nervous system (CNS), the immune system causes inflammation that damages myelin—the fatty substance that surrounds and insulates the nerve fibers—as well as the nerve fibers themselves, and even the specialized cells that make myelin. When the nerve fibers are destroyed, messages within the CNS are altered or halted completely. Then, the damaged areas produce neurological symptoms that can vary among people in type and severity. These areas develop scar tissue, giving the disease its name—multiple areas of scarring or multiple sclerosis.

MS symptoms are very unpredictable, vary from person to person and can even fluctuate over time. The most common symptoms include:

What is Parkinson’s disease?

Parkinson’s disease (PD) is a neurodegenerative disorder that affects predominately dopamine-producing neurons in a specific area of the brain called substantia nigra. Dopamine is a neurotransmitter that is primarily responsible for controlling movement, emotional responses and the ability to feel pleasure and pain.

The cells that make dopamine are impaired and as the disease progresses, the more dopamine-producing brain cells die. Once a person develops motor symptoms, the amount of dopamine loss is already substantial. The brain eventually reaches a point where it stops producing dopamine in any significant amount, thus increasing problems with movement.

Symptoms generally develop slowly over years, and the progression of symptoms is often different from one person to another due to the diversity of the disease. According to The Parkinson’s Foundation, there are three telltale symptoms that can help doctors make a diagnosis:

Bradykinesia, or slowness of movement, coupled with tremor or rigidity must be present for a PD diagnosis to be considered. Prior to experiencing motor symptoms, stiffness and tremor, often people will complain of sleep problems, constipation, decreased ability to smell and restless legs.

Postural instability often accompanies motor symptoms and can lead to imbalance and falls common among Parkinson’s patients. Additional movement symptoms can include:

How therapy helps MS and Parkinson’s

While there are differences in Parkinson’s and MS, physical, occupational and speech therapy can help both MS and PD patients improve their independence and safety, as well as achieve and maintain optimal function and cognition. Therapy can help prevent complications such as de-conditioning, muscle weakness from lack of mobility and muscle contractures related to spasticity. Training in energy conservation techniques and the use of adaptive tools and devices can help simplify everyday tasks. Therapists can even recommend strategic modifications to your home to ensure accessibility and safety even as the disease progresses.

Clinicians certified in LSVT ® and PWR! therapeutic programs can provide Parkinson’s-specific exercises to target weight shifting, posture, trunk rotation and stepping strategies to overcome rigidity and slowness of movement. Education on specific exercises and strategies helps increase safety and slow the progression of the disease.

Inpatient rehabilitation hospitals are required to provide an interdisciplinary approach to patient care—meaning specialists from many disciplines are involved in creating and implementing a patient’s care plan. Interdisciplinary team members include physical, speech and occupational therapists, rehabilitation physicians, nurses, case managers, dietitians and pharmacists. Patients participate in three hours of therapy each day for a total of 15 hours per week, and an individualized plan of care is created for each patient to meet their needs while providing necessary intervention to make functional gains. Inpatient rehabilitation can be beneficial for both MS and Parkinson’s disease.

Educational sessions with the patient and family members can also improve understanding for all involved in the patient’s care about the progression of each disease and ways to combat symptoms.

Bethany Moss is a physical therapist at Encompass Health Rehabilitation Hospital of Jonesboro. She is a PWR! certified therapist and a LVST BIG certified clinician.