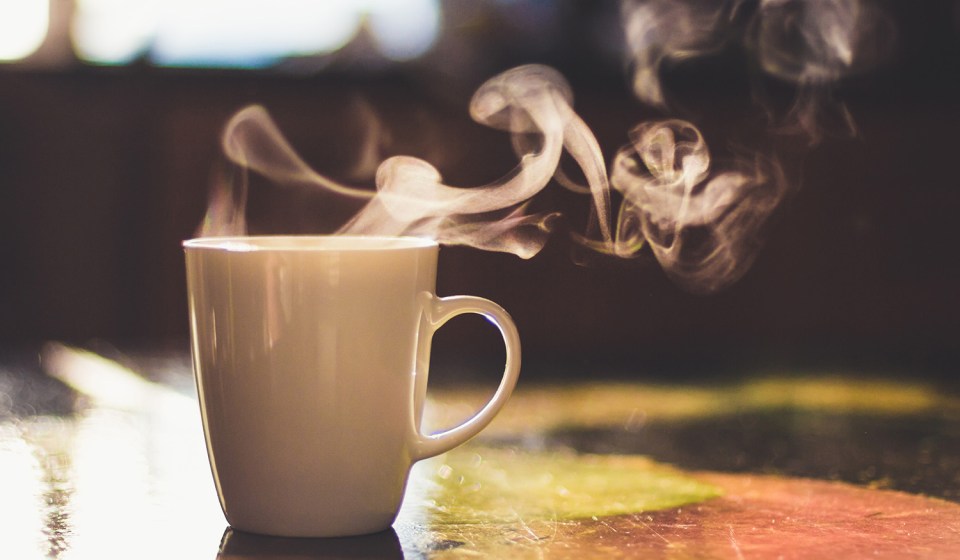 Studies show that a moderate intake of caffeine could benefit those with diseases such as Parkinson’s, type 2 diabetes, Alzheimer’s and more.

As many caffeine connoisseurs will tell you, mornings belong to a hot cup of Joe. In fact, 89% of Americans regularly consume caffeine, with coffee as the main attraction. Caffeine wakes you up, boosts metabolism, sharpens focus, increases energy and improves performance without breaking the bank. No wonder we’re hooked.

It gets even better.

According to a stockpile of studies, a moderate intake of caffeine – one to two cups of coffee a day – can promote a heap of health benefits. This include lowering mortality with deaths attributed the nervous system, cancer, liver problems and even suicide.

As the nation’s second most common degenerative neurological disorder, early detection as well as disease prevention and management are key to living a higher quality of life. Research is making positive strides to benefit these areas, with caffeine playing an important role.

A six-month study with mice took a closer look at how coffee’s fatty acid EHT and caffeine work together as a possible biochemical protective mechanism for Parkinson’s disease. Results revealed that the combination slowed down the progression of the neurodegeneration of the disease, attributing to less movement symptoms. More specifically, the mice showed less brain inflammation and maintained better neuron integrity and function.

There are many ways to lower risk for type 2 diabetes, and one study points to drinking caffeinated coffee.

Published in Nutrition, Metabolism & Cardiovascular Diseases in December 2018, the study monitored 4,000 adults and their intake of coffee and caffeine. Participants with a higher total caffeine intake of >152 mg/d had a 55% lower risk for prediabetes when compared to those with a lower caffeine intake of >65 mg/d.

The American Diabetes Association Diabetes Care cited a Nurses’ Health Study of 88,259 women, ages 26-46, with no history of diabetes at the beginning of research. After 10 years of follow-up assessments, the results suggested that a moderate consumption of caffeinated and decaffeinated coffee may lower risk for type 2 diabetes in this age group.

Study after study suggest caffeine and coffee can delay the onset of Alzheimer’s disease. This is partially because coffee has a positive effect on inflammation in the brain, which can initiate cognitive decline.

In a 2009 Cardiovascular Risk Factors, Aging and Dementia (CAIDE) study, researchers concluded that drinking three to five cups of coffee per day at midlife suggests a 65% decrease in risk of dementia/Alzheimer’s disease at late-life.

A newer study on mice conducted by lead researcher Dr. Abhishek Mohan at Old Dominion University in Norfolk, Vir., concluded that  coffee can reduce levels of beta amyloid in the brain by as much as 50%. This protein is commonly thought to be a main cause of Alzheimer’s disease.

Cardiovascular diseases, including heart attack and stroke, are the leading global cause of death. With so much focus on learning new ways to prevent heart attacks and strokes, encouraging research continues to roll in, including those touting the use of coffee for preventive measures.

According to preliminary research presented at the American Heart Association’s Scientific Sessions 2017, a premier global exchange of the latest advances in cardiovascular science for researchers and clinicians, drinking coffee may be associated with a decreased risk of developing heart failure or having a stroke. In addition, a lengthy Framingham Heart Study found that drinking coffee linked to a decreased risk of developing heart failure by 7% and stroke by 8% with every additional cup of coffee consumed per week compared to noncoffee drinkers.

When to watch it

Just as with anything in life, moderation is key when consuming caffeine for health benefits. Know when, where and how to consume caffeine to take advantage of its positive side.

Caffeine can pose a powerful punch in withdrawals if you wait 12-24 hours for your next dose. Anxiety, fatigue, drowsiness, depression and headache can set in. Symptoms will generally resolve within two days, but can be avoided by tapering off the caffeine gradually.

Caffeine affects the kidneys, which increases the need to urinate, causing dehydration. Be sure to get extra H2O if you’re an avid caffeine consumer.

While the caffeine you find in black coffee has no calories, piling on the sugar, creamer and specialty flavorings, can lead to other health issues like obesity, diabetes and cardiac risk.

Consuming caffeine too close to bedtime can keep you up late for a restless, sleep-deprived night. Think about timing when scheduling a caffeine kick.

Caffeine can raise a person’s blood pressure, which is a common factor for heart attack and stroke. Talk to your doctor if you are being treated for high blood pressure to ensure you play it safe when it comes to caffeine.

Brewing methods can put you at cardiovascular risk. Using a paper filter removes the compound cafestol that is known to increase bad LDL cholesterol. Pressed or unfiltered coffee bypasses this helpful step. So, remember, choose the paper – pass on the pressed.

You’re unique, and so is your metabolism. Slow metabolizers should consider limiting the amount of caffeine consumed to avoid negative side effects.

The FDA and the American Academy of Pediatrics discourages caffeine for children, as it is a stimulate.

As always, talk to your physician if you experience ill side effects from caffeine consumption or you question the use of caffeine for your health.