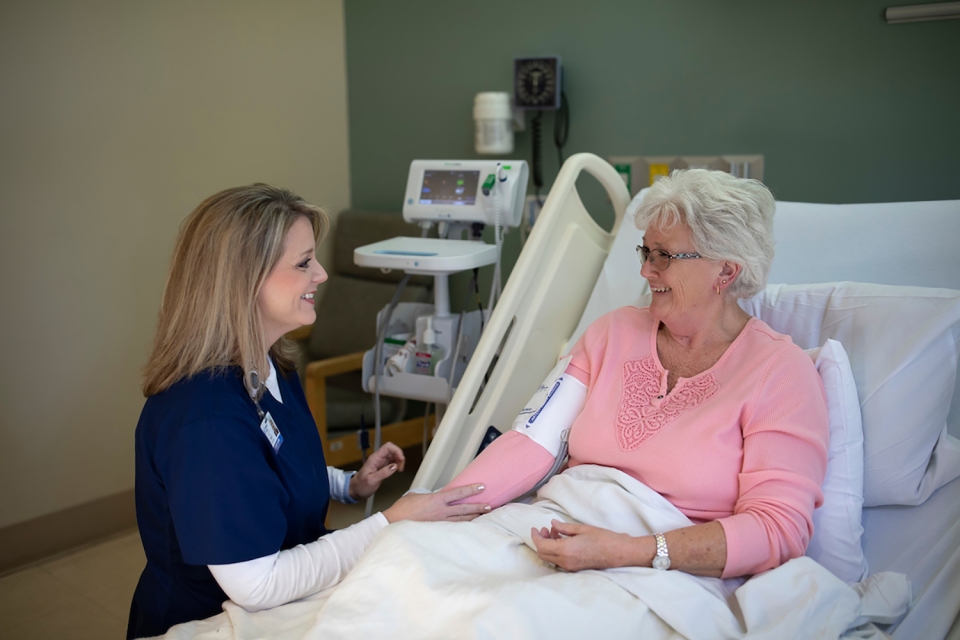 An Encompass Health nurse tends to a patient

Sandy Lynch said it wasn’t uncommon for her hospital to struggle with nursing retention.

“There’s a lot of competition in our geographic area,” said Lynch, Encompass Health Braintree’s chief nursing officer. “We’re fortunate; we don’t seem to have an issue with recruitment, but turnover, because of our close proximity to Boston, was a problem.”

In 2017, Encompass Health Braintree’s nursing turnover rate—the number of nurses leaving after one year—was near 40 percent.

Knowing that studies have shown nursing turnover and patient outcomes to have a direct correlation, Lynch and her leadership team set out to understand why nurses were leaving and what could be done to make nurses want to stay at the hospital long term.

They started by reviewing the results of the hospital’s annual employee engagement survey, where they found a perceived gap in communication between nursing leadership and staff. Then they conducted an extensive literature review to analyze known factors that influence nursing retention.

“What we found is that it’s really about keeping the staff engaged,” said Kathy Tobin, hospital educator at Encompass Health Braintree. “They want to feel empowered, that they have a voice, which ultimately makes our hospitals better. Nursing is the largest department in our hospital.”

Getting the conversation started

To make nurses feel more engaged, Lynch said they first had to open up the lines of communication. They formed a shared governance committee to allow nurses to express what matters most to them, and they also gave nurses a direct line to the CNO.

“Through the shared governance committee, we started the Coffee with the CNO,” Lynch said. “We have those quarterly. There’s no agenda; it’s strictly me and the staff. We’ve had really good participation and some really good discussions.”

However, Lynch and Tobin didn’t want it to be all talk; they also wanted nurses to know they were taking action.

They started a weekly newsletter to inform the nursing staff of any new initiatives or policy and procedure changes. It also recognized those promoted and receiving new certifications and promoted educational opportunities.

In addition to keeping staff informed, Lynch and Tobin also wanted them to feel appreciated.

They displayed an “act of kindness” board at each nursing unit, allowing employees to recognize their peers.

“That’s been one of our most successful strategies, starting these boards,” Lynch said. “They can recognize their peers, and when they’re having a bad day, they can go up and see all those positive comments.”

Tobin added that the boards were a simple low-cost addition that went a long way in improving morale.

Though improving patient satisfaction wasn’t the primary goal of their nursing turnover strategies, it proved to do just that in the end.

“In the healthcare environment, it’s very important for your nurses to be happy and feel valued,” Tobin said. “Feeling like they have a voice in their own practice directly translated to an increase in patient satisfaction.”