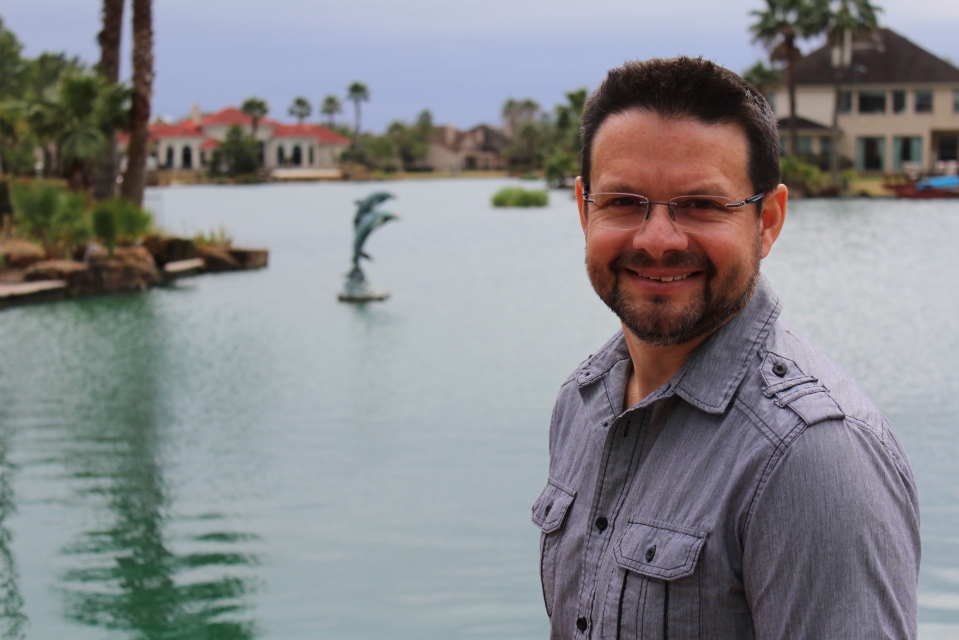 After losing both his legs following a Type A Aortic Dissection, Zachery Jessup found a new passion with the help of Encompass Health Cypress—encouraging other amputees.

After losing both his legs following a Type A Aortic Dissection, Zachery Jessup found a new passion with the help of Encompass Health Cypress—encouraging other amputees.

Zachery Jessup had always been active. A father of three who worked in sales, he played tennis and enjoyed swimming, jogging, hiking and other activities.

On Jan. 14, 2018, his world changed completely when he experienced a Type A Aortic Dissection that eventually resulted in the amputation of both his legs. Relatively uncommon, an aortic dissection occurs when the inner layer of the aorta tears, causing blood to surge through the tear.

“During the episode, my entire body was getting extremely poor circulation,” Jessup said. “My surgeon focused on saving my vital organs, so my hands and feet got the worst of it.”

Jessup spent two weeks in the hospital in a medically induced coma. When he awoke, his left foot had turned black. He underwent amputation a month later.

To learn to adapt to life post-amputation, Jessup went through two inpatient rehabilitation stays at Encompass Health Rehabilitation Hospital of Cypress, with each stay working on different goals.

The first stay, Jessup said, focused on basic skills he’d need to return home safely. He returned once he had his prosthetic limb to go through gait training and learn how to walk on his new limb.

“Getting back to the activities I loved doing—that was my goal,” Jessup said. “I had to be able to keep up with my girls, and I wanted to do it without assistive devices.”

Jessup returned to Encompass Health Cypress for two more stays—one post-surgery, one with his new prosthetic—when his right leg had to be amputated as well.

The team at Encompass Health Cypress made all the difference in his recovery, Jessup said, as they created a care plan that had his goals at the center. Every therapy session allowed him to directly connect the work he was doing with the progress he was making.

Most importantly, he said, his therapy team helped him manage the mental struggle of limb loss as well. Though he is a naturally positive person, the grief that comes with limb loss can be overwhelming if you let, Jessup said. His team was there to encourage him on those days.

“I don’t think it matters how positive you are; there are going to be days where you just aren’t feeling it,” Jessup said. “To have somebody there that’s got your back makes a huge difference. Quitting is just going to extend the time it takes to get back to where you were.”

After his experience, Jessup said he knew he wanted to do something different with his life, and now works in orthotics and prosthetics sales. As a certified peer visitor, he visits with patients before and after amputation to help them understand their future and to provide encouragement—much as the Encompass Health Cypress did for him.

“I never had the feeling that they didn’t absolutely, 100 percent care about me and what I was trying to accomplish,” Jessup said. “It took me doing the work, but it also took a huge amount of support.”