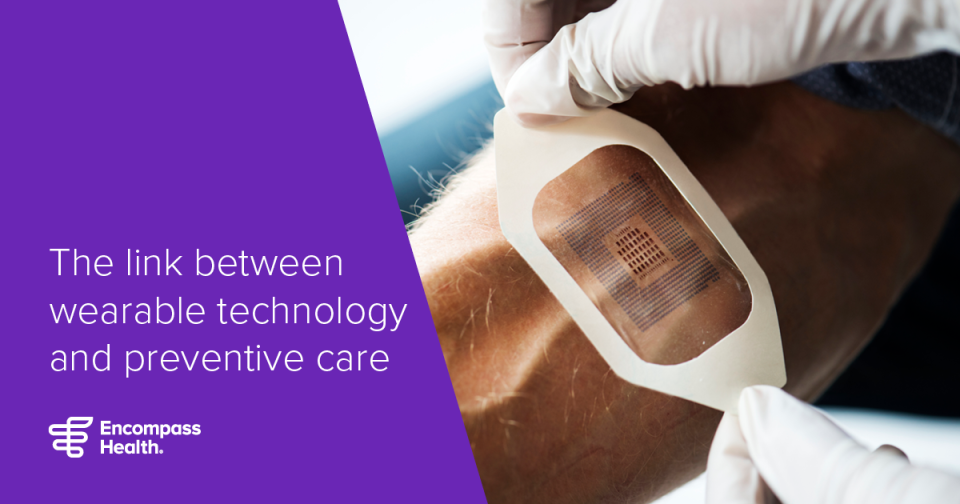 Wearable technology has the potential to do much more than track your last workout; it could save lives.

Take the most recent series of the Apple Watch.

It sends heart rate notifications, detects dangerous falls and can even tell you if you’re about to have a heart attack.

With all those health benefits, it would seem the perfect solution to a universal problem in healthcare—hospital readmissions.

Hospital readmissions are costly, and can set a patient back, impacting outcomes as well as patient satisfaction. Wearable devices such as the Apple Watch could potentially help detect some of those early indicators that health is declining and prompt clinical interventions that could prevent a readmission.

However, when it comes to the preventing hospital readmissions, Bud Langham, Encompass Health – Home Health & Hospice chief clinical officer, said expensive wearable technology is not likely the solution for the majority of older adults.

“I think the wearable technology of the future will be something that can do what the Apple Watch does but is much cheaper,” he said. “It would also have to be something with a longer battery life, so the patient wouldn’t have to be responsible for taking it off and recharging it daily. They’re not going to do that.”

The Apple Watch starts at $399, and has an average battery life of about 18 hours. Many wearable devices on the market today have a much longer battery life, and the price continues to fall on these healthcare sensors.

Langham said he’s particularly interested in adhesives that could track a patient’s vitals.

“Imagine putting on a Band-Aid and being able to collect that same data that something like the Apple Watch does, but much, much more,” Langham said. “We could track data over time, and it could give us a window of opportunity to know when something is about to happen and intervene. My hope is that wearables let us detect clinical problems pre-clinically.”

These small wearable devices could be particularly beneficial to those patients recently discharged to home health, who are at risk of a readmission be it for socioeconomic reasons or management of chronic conditions, such as congestive heart failure and diabetes.

Wearable devices could track vitals such as:

How wearables could prevent readmissions

A small wearable adhesive at the base of a home health patient’s throat could track voice strength over time, Langham sites as an example.

That information would then be sent to their clinicians providing them with real-time data and alerting them at the onset of a potential problem.

“The wearable would allow us to instantly track strength of voice, so we’re watching that throughout the week, and suddenly we notice on Wednesday that there is a 20 percent decline in activity; they’re walking less, talking less,” Langham said. “The patient doesn’t feel bad yet, but we’re still able to detect clinical problems. Based on that we can send out a nurse.”

Early detection of those small problems would allow clinicians to intervene before it develops into something more serious that could lead to a hospital readmission or emergency room visit.

What’s even more promising about some of the medical adhesives being developed is they require little to no effort on the patient’s behalf. Some even have battery lives of 36 hours or more, meaning patients wouldn’t have to be burdened to charge the device every night like most wearables popular today.

What’s in the future

As the cost continues to fall on wearable devices, more providers will be looking to utilize these to help reduce the overall cost of care, and more importantly, improve patient outcomes.

“In my dream world, we would put a Band Aid on the patient, and inside it would be a sensor that had proxies for vital signs—those are out there now; they’re just really pricey still,” Langham said.

However, the industry is getting closer to Langham’s dream with prices dropping for these wearable devices as more utilize them for proactive care to get ahead of a problem and possibly prevent a costly hospital readmission.