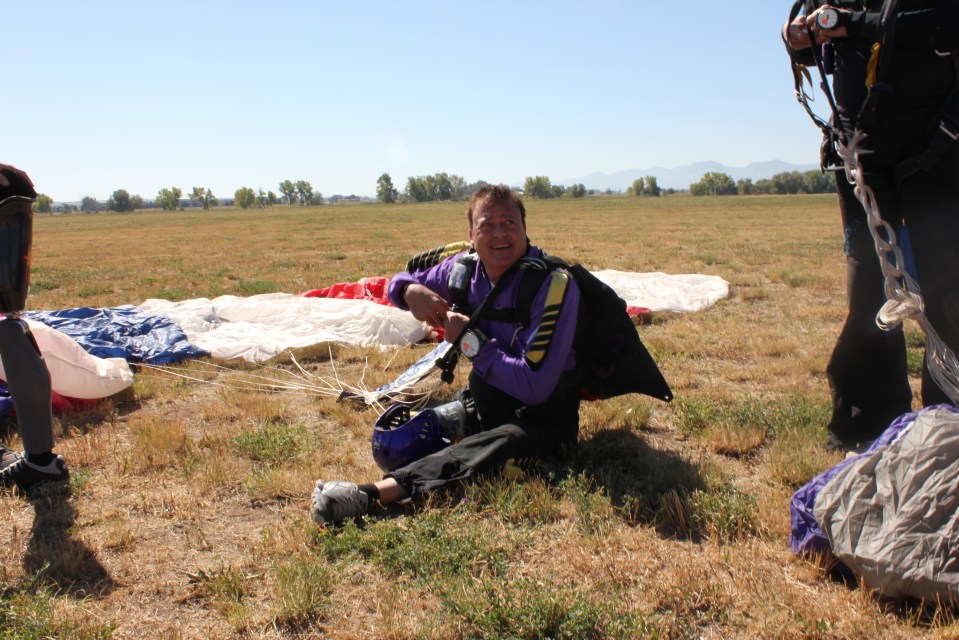 Some people celebrate anniversaries with cake. Some celebrate with presents. Steve Fischel celebrates anniversaries by jumping out of planes. That is what the former patient of Encompass Health Rehabilitation Hospital of Littleton did to celebrate the first-year anniversary of his leg amputation.

After multiple complications following a knee replacement, Steve lived in agonizing pain in order to not have his leg amputated; but after making the life-changing decision to have the operation, he found hope and he loves his life more than ever.

“This is not the end; it’s a new beginning,” Fischel said.

Shortly after his amputation on Sept. 26, 2014, Steve was admitted to Encompass Health Littleton, an inpatient rehabilitation hospital in Colorado, to learn how to walk with a prosthetic leg. Through physical therapy, he regained the movement and strength to navigate on his own. He also started crafting a list of goals which included climbing a “fourteener,” wake boarding and riding a standard bike. While he’s accomplished these great feats and inspired many during the journey, he chose to spend his one-year anniversary post amputation skydiving.

On Sept. 26, 2015, Fischel, who has been skydiving for more than 30 years, suited up for the jump of his life. Jumping with others, they created a common aerial formation known as “The Ring of Hope.” In creating this formation, they chose to leave one spot open to symbolize providing hope to others who have endured amputations.

“All that patients need is hope to start their recovery,” Fischel said.