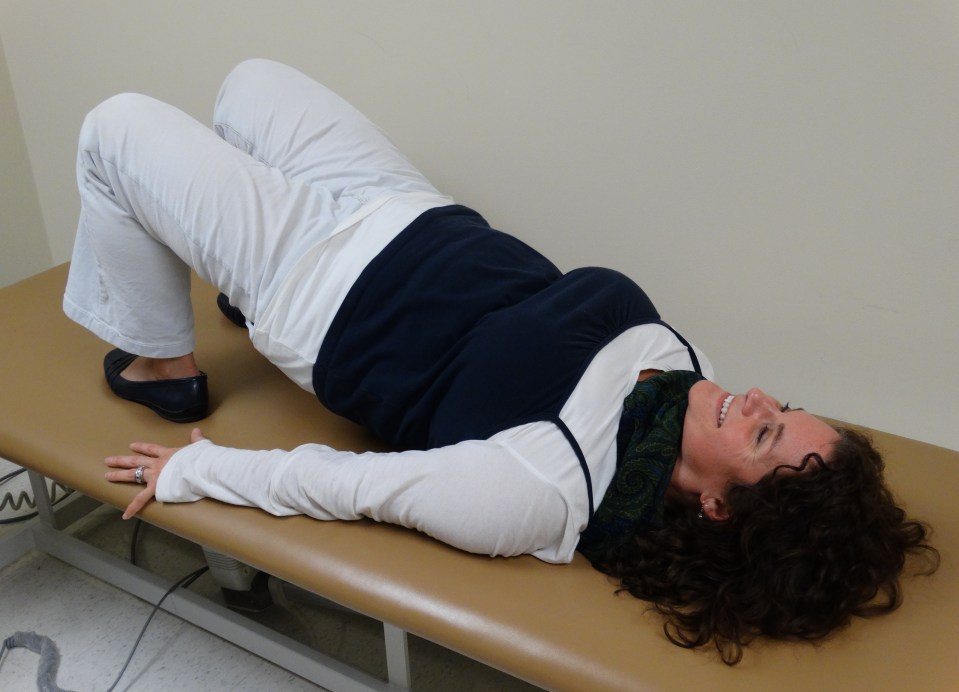 Long before there was a yoga studio on every street corner, Emily Fiocchi picked up the practice.

She began taking yoga classes in the late ‘90s, not long after she started working as a physical therapist assistant at Encompass Health Geisinger Rehabilitation Hospital in Pennsylvania. Emily said she looked to yoga as a means to relieve stress and stay healthy.

“As care providers, we go through the ups and downs with our patients,” she said. “They get disappointed if they’re not doing well, and we’re right there with them. There are a lot of emotional roller coasters, and it’s physically demanding. I was first really drawn to yoga to keep myself healthy physically, but also emotionally.”

Emily quickly reaped the benefits of the ancient practice. The breathing exercises helped her relax, while the poses kept her strong and flexible. It didn’t occur to her it could do the same for her patients.

“It was my yoga instructor who said it would be wonderful to complement my therapy,” Emily recalled. “She said if I became an instructor I could use it in the treatment of my patients.”

Emily then began the arduous process of becoming a certified yoga instructor. In 2000, about three years later, she received her teaching certification from the Himalayan Institute.

Many patients were skeptical when she first began incorporating the practice into therapy, but as it became more mainstream most were eager to learn yoga and continue it after they left the hospital.

She said the breathing techniques are effective in managing pain, and the postures help patients with balance and strength. The poses can be modified to perform them standing or sitting.

There’s also the emotional component of yoga. Many patients suffer from depression and anxiety, which yoga can help ease, Emily said.

“If I have a patient with high anxiety and depression, or they’re reporting pain off the charts, let’s do some yoga sessions and just see,” she said. “I never tell patients we’re going to do this, and you’ll have no pain. But most of the time they find that they can manage the pain a little better with the breathing techniques. They can learn to breathe through the pain.”

Emily said the patients she’s most likely to use yoga with are those with chronic pain or emotional issues such as depression and anxiety. “But really it could be anyone,” she added. “The diagnoses could be a knee replacement but they’re not dealing with the pain that well, so we could try yoga.”

In addition to introducing her patients to yoga, Emily also teaches classes to the public at her home twice a week. She said for those, she utilizes her physical therapy skills to help her students.

“Because of my physical therapy background I’m uberly careful,” Emily said. “I’m checking their alignment. I don’t want one of my students to become one of my patients.”

However, if a patient became a yoga student, she’d be just fine with that. She said many patients leave the hospital in search of classes.

She’s quick to assist them in finding a suitable one –typically low-intensity – convenient to them. It’s her hope that the practice will transform them as it has her.

“I’ve tried very hard to utilize yoga for stress management in real life,” Emily said. “I’ve really learned to breathe through challenging things. There are just so many healthy benefits (to yoga). I try to emphasize them to everyone I meet.”