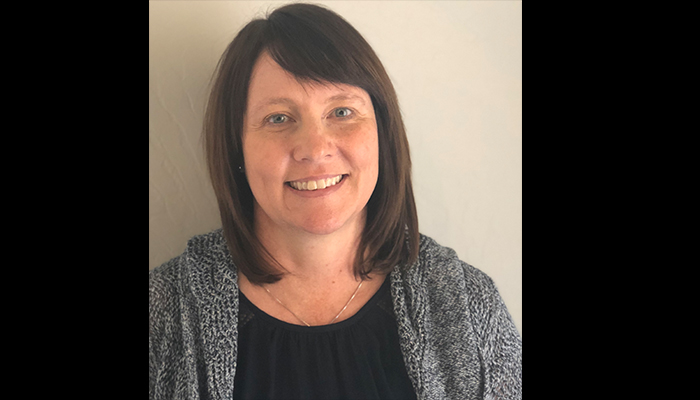 Julie Jolley just assumed she’d spend her career inside of a hospital when she entered nursing. However, after one weekend working in home health, she knew that was the setting she was meant to work in.

Julie’s introduction to home health was by chance. A friend approached her about picking up a couple weekends a month for a local agency in Amarillo, Texas.

“I’d never done home health,” she recalled. “I remember coming back to the hospital after that first weekend and thinking, I can’t believe people get paid to do this. I loved it. You’re not rushed and are able to truly focus on one patient.”

Julie is still loving it two decades later, even though the field and her role have changed dramatically since she began working in home health.

Her path to get there would take her through many roles, the first of which was a nurse at a general medicine hospital.

Julie continued at the hospital after that first weekend working in home health, picking up a few weekends a month in home health. When the agency offered her the opportunity to join full-time, she eagerly accepted.

Five years later, it was purchased by Encompass Health. “That’s how I came to be a part of this family,” Julie said.

Over the years, she was promoted several times. She served as branch director, then administrator before being named a regional director, responsible for 11 branches in west Texas and New Mexico. Two years ago, she was promoted to her latest role as regional president.

Julie is still based in her hometown of Amarillo, but her job takes her all over the region.

“I’m probably in my office one day a week,” she said. “I’m usually out visiting branches, but that’s how I know what’s happening. I can’t know what’s going on if I’m behind a desk all day.”

Her leadership roles also took her away from patient visits–something that concerned her at first. Up until about three years ago, she would still make an occasional patient admission.

“If everyone was busy, and I was in town, I would do an admission, so I could see patients,” she said. “I travel more now, so I’m not able to do that as much, but it helps that I’m still using my clinical skills.”

Julie knows that even though she’s not seeing them in the home any longer, her daily work is still centered on patients. “I never lose sight of that,” she added.

Moving to the administrative side was a learning experience for Julie, one made simple, thanks to the help of her many mentors in the company. She also has an “awesome” husband.

“He’s very supportive,” Julie said. “He’s a great partner and does all he can to help me be successful.”

Julie also does her part to help young nurses be successful. Even though she prefers home health to the hospital setting, she encourages all new nurses to start out in a general medicine hospital, one where they can learn from the experience of those around them.

“I always recommend that,” she said. “In home health you’re kind of out there on your own. You have to have confidence, and you can really get that in a hospital, where you’ve got experienced nurses seeing what you’re seeing.”