BIRMINGHAM, Ala., Sept. 25, 2018 /PRNewswire/ — Encompass Health Corp. (NYSE: EHC), formerly known as HealthSouth Corp., announced the intention to create, effective Jan. 1, 2019, a region for its inpatient rehabilitation segment to accommodate growth in the number of hospitals. The new south central region will include the states of Alabama, Arkansas, Louisiana, Mississippi and Oklahoma. This realignment will increase the number of regions from six to seven. 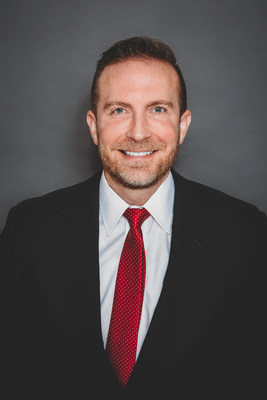 Encompass Health has named Brad Kennedy as president of its south central region. Kennedy has served as a vice president in Encompass Health’s central region since May 2016 and previously served as CEO of HealthSouth Rehabilitation Hospital – North in Memphis, Tennessee, and HealthSouth Rehabilitation Hospital of Cincinnati in Ohio. His new role goes into effect Jan. 1, 2019.

“Brad has shown continued success in every role he has held with our Company over the past several years,” said Barb Jacobsmeyer, EVP, president of inpatient hospitals for Encompass Health. “An experienced and knowledgeable leader, Brad is a highly valued member of our team and will continue to make a great impact in his role as our newest regional president.”

As a national leader in post-acute care, Encompass Health (NYSE: EHC) offers both facility-based and home-based patient care through its network of inpatient rehabilitation hospitals, home health agencies and hospice agencies. With a national footprint that spans 129 hospitals and 272 home health & hospice locations in 36 states and Puerto Rico, the Company is committed to delivering high-quality, cost-effective care across the post-acute continuum. Driven by a set of shared values, Encompass Health is the result of the union between HealthSouth Corporation and Encompass Home Health & Hospice, and is ranked as one of Fortune’s 100 Best Companies to Work For, as well as Modern Healthcare’s Best Places to Work. For more information, visit encompasshealth.com, or follow us on Twitter and Facebook.