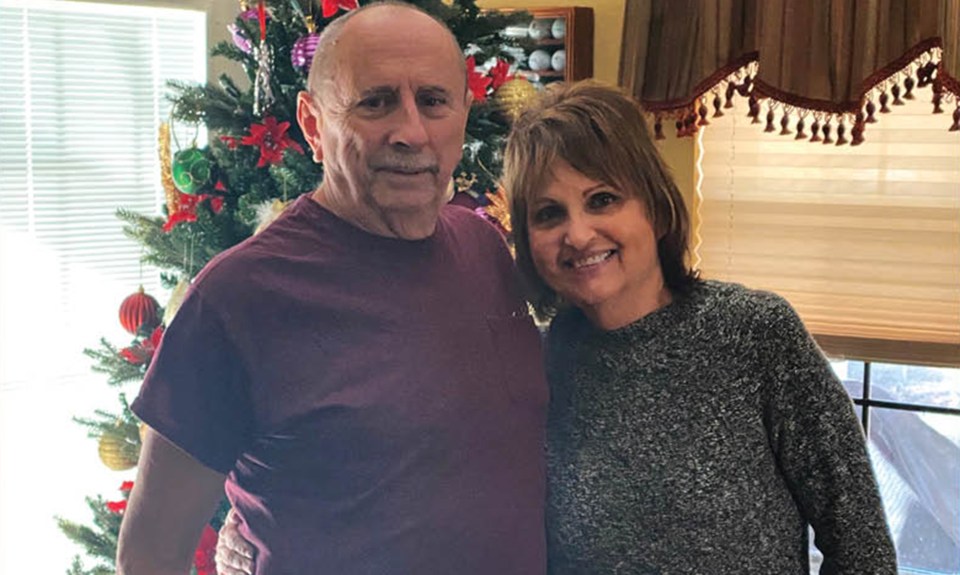 When Pam Schneck’s husband Robert was hospitalized, she told anyone who would listen that the moment he was ready to leave the acute care hospital, he was going to Encompass Health Rehabilitation Hospital of Spring Hill.

Robert, 71, developed Guillain-Barre syndrome, a condition that causes the immune system to attack the nerves. Robert first noticed something was wrong when he had a slight tingling in his fingers, feet and legs. That tingling progressed until he had no strength in his legs at all.

When Robert went to the acute care hospital, he could barely use his legs. There, they did an MRI and spinal tap that determined he had Guillain-Barre Syndrome.

Robert was frightened by the diagnosis and afraid he wouldn’t walk again. That’s when his wife became determined to get him to Encompass Health Spring Hill.

Having been a patient there herself, she knew the rehabilitation hospital offered the intense therapy Robert would need to get him back on his feet.

When Robert arrived at Encompass Health Spring Hill, he couldn’t walk, and he had difficulties with balance and sitting upright. After meeting with his care team, which consisted of therapists, nurses, rehabilitation physicians, dietitians and case managers, he set one goal for his recovery – he wanted to walk again.

During therapy, Robert worked on doing just that. To start, his therapists worked on balance training and standing tolerance. They also worked to strengthen his legs.

Then, he moved on to the LiteGait, a harness system that supports patients, so they can work on walking again safely.

Robert was at Encompass Health Spring Hill for three weeks. By the time he left he was able to walk again with the support of a walker.

While the Schneck’s would credit his care team for getting him back on his feet, his therapists said Robert’s determination to get better helped him excel is his therapy.

Two weeks post-discharge from Encompass Health Spring Hill, Robert was back to working in his yard, even volunteering to help in a neighbor’s. Now he’s looking forward to traveling and visiting family.