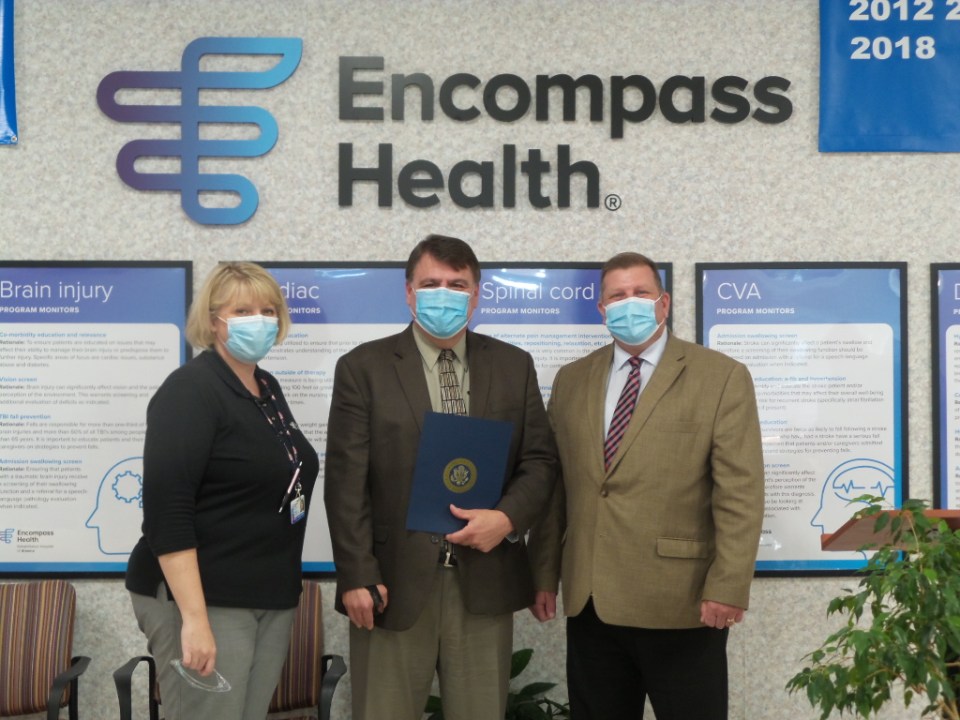 Nov. 21, 2019 was a day Mike Kunko was really looking forward to. After a day of work as a business manager at a local school district, he planned to drive to Pittsburgh to celebrate his daughter’s birthday. However, the day did not go as planned.

When he woke up that morning, he was feeling a little under the weather with symptoms of a head cold and a fever. He then drove about 45 minutes from his home in Portage, Pennsylvania to his office. However, he did not feel any better when he arrived at work. He recalls sitting at his desk, but not being able to accomplish anything.

He told his superintendent he was going to take the rest of the day off and go see a doctor. Kunko made it to the doctor’s office but could not recall the drive there.

When he arrived, the 55 year old couldn’t hold himself upright, his face was drooping and he was having difficulty communicating. Noticing these common signs of stroke, his doctor immediately called an ambulance to transport him to the hospital.

The next step: rehabilitation

In addition to his physical needs related to his stroke, he also required medical support for his PICC line that infused antibiotics for eight weeks. It was originally suggested that Kunko be sent to a nursing home for his care, but his family fought for him to receive care at Encompass Health Rehabilitation Hospital of Altoona in Pennsylvania. The team at Encompass Health of Altoona could take care of his PICC line in addition to providing him the rehabilitative care he needed to return home.

Immediately he started working on speech, physical therapy and occupational therapy to improve his swallowing difficulties, memory, speech and function on his entire right side.

Once referred to as having a “type AA” personality, Kunko struggled physically, mentally and emotionally with not being able to make immediate improvements, but the constant reassurance from his care team kept him going. “Ann Marie, the head of the speech department, really helped me to slow myself down, and also to see that I could improve, but that it may take a LOT of time,” Kunko stated.

During his two and a half week stay at the inpatient rehabilitation hospital, he celebrated sitting up on his own at his bedside and gaining some control of his speech. “Just doing these very simple tasks were an improvement,” Kunko said.

On Dec. 23, 2019, Kunko was able to return home in time for the holidays with his family, but he was just getting started with therapy.

He started working with Encompass Health of Altoona’s outpatient therapy team in mid-January of 2020. There, he would first practice just standing on two feet between parallel bars. He also worked on his speech and arm strengthening. The therapy allowed him to advance from getting around in a wheelchair, to using a walker and then to a four-pronged cane. ”My physical therapist Kelly, wow, she used to hold me up between the parallel bars just to try to regain my balance. It was quite a struggle over many weeks to just stand on my own between the parallel bars. She was a real trooper,” Kunko said.

Kunko’s speech therapist Ann Marie had suggested he start a journal, which would aid in his mental and emotional recovery. He still writes in it daily, logging his small victories and appointments.

Even Kunko’s way of showing appreciation to his team at Encompass Health of Altoona for their help was also great therapy. With the assistance of his sister Kathy, Kunko would bake cookies and other sweets almost weekly for his team. He would write out the ingredients and check them off as he went along. Each time he baked, he further helped his functional recovery.

He is still determined to continue making progress and eventually get back to work. But for now, he is looking at life through a new lens. “I am not the same person I was, probably never will be, but I’ve learned I have to slow down and appreciate every little aspect of life a lot more,” he said.

“I thank God, my seven siblings and their families, my in-laws and especially my wife Wendi and daughter Emily.”