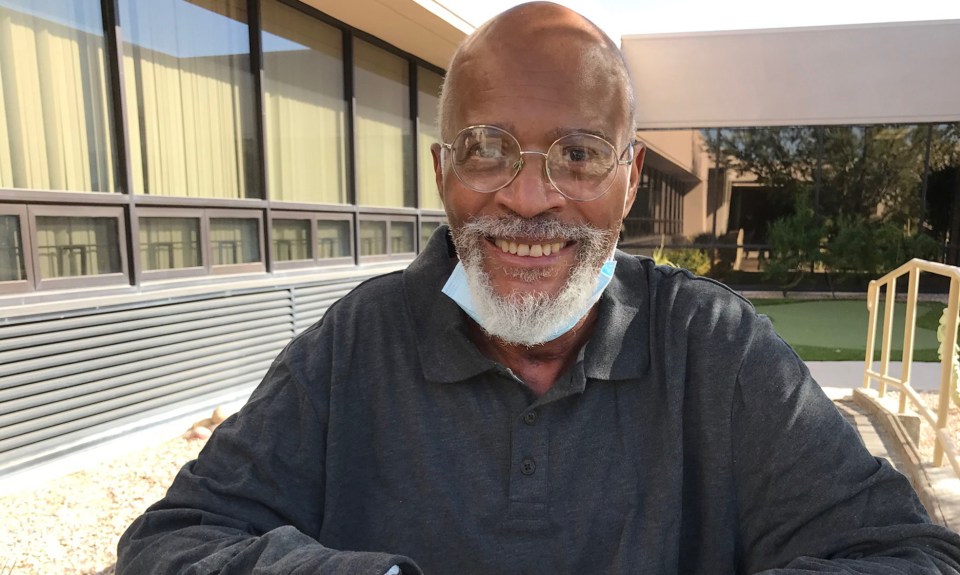 When Darryl Williams arrived at Banner Health hospital on July 15, he thought he was getting a second chance at life.

The 56-year-old veteran had been awaiting a double-lung transplant, and he was scheduled to have the procedure just in time.

“I have pulmonary fibrosis,” he said. “When I was reading up on it, it said there was a three- to five-year life expectancy. I was in the fifth year when everything got approved.”

However, before surgery could begin, he had to have a COVID-19 test. To his surprise, it was positive. His transplant would have to wait.

Initially, Williams had attributed his difficulty breathing to his pulmonary fibrosis, a condition that is characterized by shortness of breath and a dry cough. However, after a few days in the hospital, it was clear that COVID-19 was exacerbating his symptoms.

“After about eight days, I couldn’t breathe,” he said. “They put me in a high-density oxygen unit. Probably a day after that, I needed to go on a respirator. I remember the doctor telling me most people don’t come off them.”

That is one of the last conversations Williams remembers until he woke weeks later.

While Williams battled COVID-19, his care team continued to prep him for his double-lung transplant. He remembers at least one time, a group of clinicians helping him stand.

“That’s the only thing I remember,” he said. “I had to be strong enough to stand on my feet to get a lung transplant.”

Though he only recalls standing up once or twice, his care team at Banner continuously helped him stand as he battled COVID-19.

Miraculously, Williams did survive that battle, and on Sept. 17, he finally had the life-saving surgery he entered the hospital for many weeks ago.

Recovering from COVID-19 and a transplant

Battling COVID-19 alone left Williams extremely weak, but adding a double-lung transplant to that meant that he needed rehabilitation to get him back to his home and family.

Williams entered Encompass Health Rehabilitation Hospital of Northwest Tucson on November 6. There, he received a combination of physical, occupational and speech therapy to help him regain his strength and abilities after being hospitalized for so long.

“It was two or three months that I was strapped down with IVs,” Williams said. “I was immobile for so many months. I’d lost a lot of muscle mass. Simple things like walking were tough.”

He had also been on a feeding tube for many months, so in addition to learning to walk again, he was learning to swallow and eat solid food again.

His therapy team started small, helping him build his strength and practice everyday tasks. Even though he spent months in the hospital, he was ready to return home after less than two weeks at Encompass Health Northwest Tucson.

“I see why the doctors sent me there,” Williams said. “I felt a lot stronger when I left and I was walking around the facility without a walker.”

Williams said he thought it was a miracle when he learned he would receive a double-lung transplant. After his battle with COVID-19, he got one more miracle when he was able to return home to his girlfriend and dog months after his initial trip to the hospital in July.

On Thanksgiving, he sat down with his family for a full, solid meal—something he couldn’t have done just a couple weeks earlier.