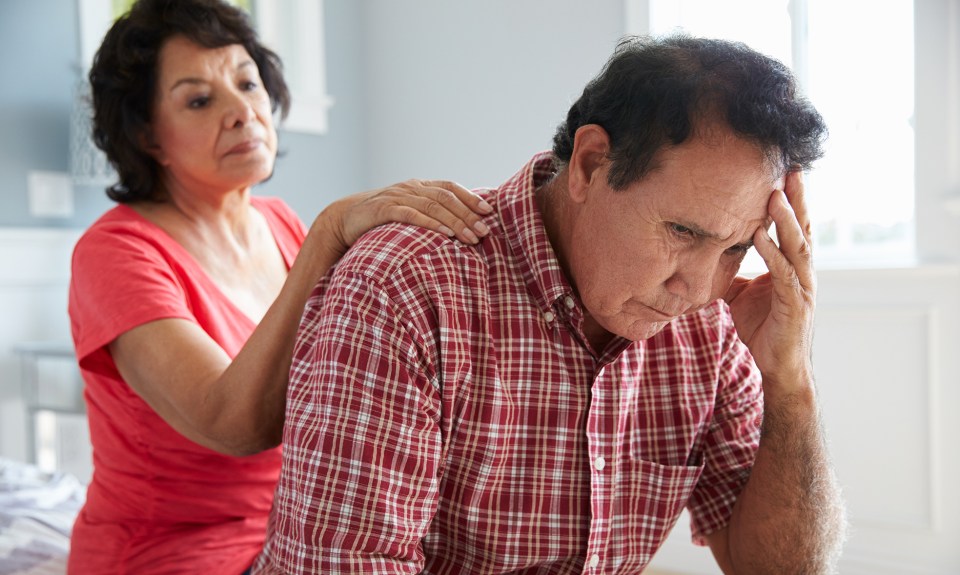 Joel didn’t ask for a stroke and was having difficulty adjusting to not being able to care of himself.

After a few weeks, however, his wife, Clare, noticed he seemed different. He was no longer eager to get out of bed and start his exercises. He had stopped telling jokes. He complained of being tired and didn’t have an appetite. He didn’t seem to care if the TV was on or off. He yelled at Clare, something he had never done, when she tried to help him get dressed. Worst of all, he stopped making progress.

The symptoms Joel started to show can all be signs of depression. Although Joel is a fictional patient in this scenario, depression is a real side effect for real patients after a stroke or other life-changing illness or injury. Identifying it quickly can help patients get the care they need to continue their journey to recovery.

How common is depression?

How do you know if you are depressed?

Look at this checklist. You may not be aware that you or a loved one have symptoms of depression. You may be depressed if you have five or more of these symptoms every day for a period of at least two weeks.

No one is immune from becoming depressed, especially in difficult situations that might appear insurmountable. Depression is actually very common in the United States, and especially in stroke patients.

Think about our fictional patient Joel. He originally thought he would quickly return to his pre-stroke life, but then rehabilitation was harder than he expected. He was taught that recovery took a long time, not a few days or weeks. Joel began to think that he would never recover and that working hard wouldn’t matter. He began to believe that he would just be a burden to his family and that they would be better off if he was dead. Those negative thoughts and his suicidal ideation led to Joel being apathetic, withdrawn and irritable. It becomes almost impossible to work hard in therapy if a patient believes it doesn’t matter or that he or she won’t get better no matter what. Fortunately, Joel’s therapists and physician noticed the changes in his behavior and made an appropriate decision.

What should you do if you or a loved one is depressed?

There is help for depression. One strategy is participating in counseling or talking to a mental health professional. Talking to a professional is not the same as talking to your spouse or your friend. Counseling can be available both in the hospital setting and in the community.

Anti-depressant medication can also be very helpful. The medication will not make you forget your problems, but it can help you feel “more like yourself” and more able to cope with stress. Medication in a hospital setting might be prescribed by your rehabilitation physician, but other physicians may also be comfortable prescribing antidepressants. Talk to your primary physician if you think you might be depressed.

﻿Liz Bilderback has a master’s degree in clinical psychology with a specialty in neuropsychology. She has been the coordinator of the stroke and brain injury programs at Encompass Health Rehabilitation Hospital of San Antonio since it opened in 1988. Liz has a long career educating and counseling patients with depression and chronic pain.