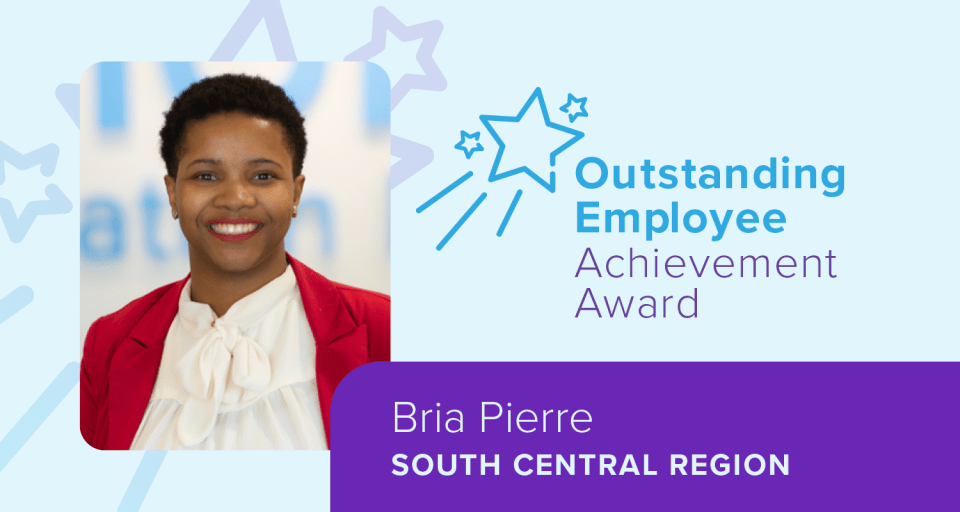 When Yonbria Pierre decided to make the move from nursing to case management, it wasn’t for the typical reason.

Instead of seeking more stable hours, Pierre saw the move as an opportunity. It could make her a better nurse, and it would allow her get her patients at Regional Rehabilitation Hospital in Phenix City, Alabama, home safely.

“Bria was my first hire here, and she was one of our strongest rehabilitation nurses, so I was very excited she was interested,” recalled Amy McTier, the hospital’s director of case management. “She surprised me when she told me she wanted to take this role to advance her nursing knowledge, so she could help our patients. She really sees beyond just getting the patient home. She looks to bridge the gap to connect the patient to those services that will make them successful and able to stay home.”

Pierre’s dedication to helping her patients get home, as well as her ability to connect with her coworkers, earned her Encompass Health’s Outstanding Employee Achievement Award for the Company’s South Central region. Pierre was one of seven receiving the award out of nearly 30,000 employees.

Her fiancé, Steven Ingram, wasn’t shocked by the honor. He knows firsthand what it’s like to work with her as a nurse and as a caregiver to his late grandmother.

“She was my grandmother’s case manager a couple years ago, and I previously was an employee here,” he said. “I was fresh out of college, and she made my transition so much easier. I always knew I could go to Bria, and when my grandmother was sick, she was like a part of our family.”

Pierre describes her colleagues at Regional Rehabilitation hospital as a close-knit family, and just as she works to help her patients during difficult times, she does the same for her coworkers.

She’s known to donate PTO or bake casseroles and deliver them to the home of coworkers in need. When a case manager was out, she gladly picked up the extra workload without slacking on the attention she gives each of her patients, said hospital CEO Lori Davis.

“She was carrying a heavier caseload then normal, and her outcomes were still impressive,” she said. “Her patient satisfaction scores actually improved and were in the 90s. She turned it up, but that’s just what she always does. Bria is not one of those who just clocks in and clocks out. She is led by her heart and is very compassionate.”

Whether it’s taking on an extra caseload or helping out when the nursing staff is short, Pierre is always there to help her coworkers, because in the end, she knows that by helping them, she’s helping their patients, as well.