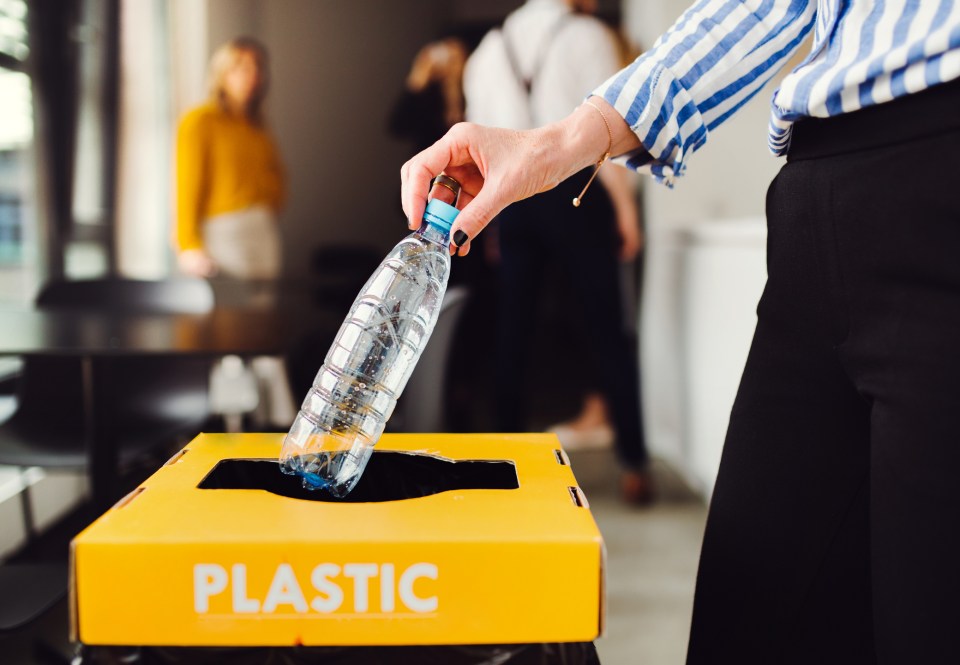 A concept of waste separation and recycling in business office, a midsection.

With all the aspects that go into hospital operations, it is often hard to focus on environmental initiatives, especially when some of them are costly.

However, Bert Rosenbarker, purchasing supply coordinator at Encompass Health Rehabilitation Hospital of Lakeview, said it can be done, and it can even save money. Three years ago, Rosenbarker started a green team at his hospital. Its goal—find ways to cut costs while also protecting the environment. Rosenbarker said they’ve made small changes during the last three years, but that doesn’t mean they aren’t making a difference.

“There were a number of things personally that really made me want to do this,” he said. “One was a Netflix documentary on how Greenpeace came about. It started small, and that really stuck in my mind. You have to start somewhere.”

For Rosenbarker that was looking right at his own department, central supply. It receives all of the packages that come to the hospital, some wrapped in “miles” of plastic, he said. Rosenbarker found that plastic could be recycled.

“We’re getting boxes in every day, and it’s ridiculous how some of them are packed,” he said. “There might be miles of that packing material. We were throwing bunches of it away every day. I looked into it, and the grade of this plastic is the same as plastic grocery bags.”

Rosenbarker now takes that plastic to the grocery store to recycle. He’s also set up barrels around the hospital to collect other grades of plastic that he takes to recycle once a week.

After making those little changes, the team moved to bigger initiatives such as getting rid of Styrofoam cafeteria trays and cups. They replaced them with reusable ones, which saves the hospital an estimated $5,000 a year, as well as a waste reduction of about 180 boxes of Styrofoam a year.

From hospital departments to hospital leadership and individual employees, Rosenbarker said all have been supportive of the green team. He added that even though many of its initiatives are small, combined they are having a big impact.

Other accomplishments of the green team include: