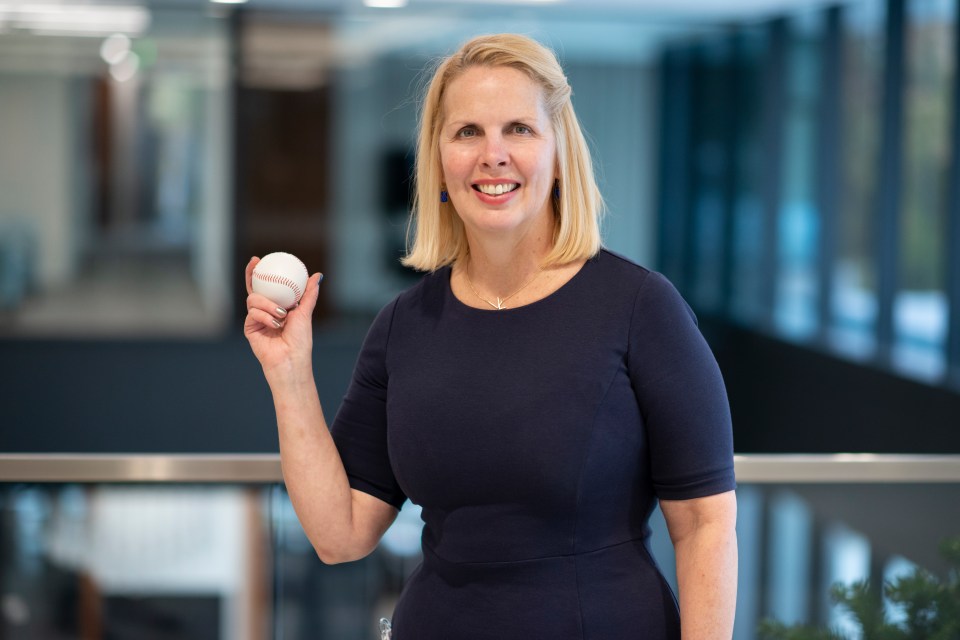 It was a busy day in the emergency room when Lynne Lee, a fairly new nurse at the time, learned a lesson that would stick with her forever.

It was not a lesson of remaining calm in the stressful environment that the ER often is. Instead, it was a lesson on patient perspective from a young, little league baseball player with a broken finger.

Lee, a registered nurse and risk attorney, is the vice president of risk management for Encompass Health. Though it’s been decades since the incident, she still remembers this young patient.

His seemingly small injury gave her a bigger perspective on patient care that she has carried with her during her 38-year career. Working at the ER bedside, she was used to treating patients who were car wreck victims holding on to their last breaths, people complaining of chest pain on the brink of a heart attack or someone with a terrifying allergic reaction.

A broken finger was nothing …  or so she thought.

Lee remembers the young patient holding back tears and staying strong through the pain as the doctor examined his finger. The doctor then confirmed his injury and let the young boy know it would keep him from playing baseball for a year. In response to the boy’s upset face after receiving the news, Lee looked at him and casually remarked, “Really? It’s just a year.”

That’s when it all fell apart, and she can still picture his face to this day. It crumpled and he poured out more tears than she could imagine.

“What didn’t seem important to me in that moment was the whole world to him,” Lee recalled.

That moment is one that led her decision making for the remaining 20 years she worked as an ER nurse. Now, as the vice president of risk management, it’s the face she still sees when she’s approached with questions from the Company’s hospital teams about a patient who wishes to pursue a certain activity or attend a certain event during their rehabilitation stay.

“We get this wonderful privilege of helping people in critical parts of their lives,” Lee said. “Everyone gets caught up in the moment. The least we can do is step back and ask the patient what they want.”

Lee offers the following tips on how to truly connect with a patient and understand their perspective:

Most of us have heard the phrase, “Put yourself in the other person’s shoes,” and it’s an important practice to follow, Lee said. No matter the situation, it’s important to look at things from both sides and to remain objective.

Your perspective might make the difference between striking out and hitting a home run.

Lynne Lee is the vice president of risk management for Encompass Health Corp., formerly HealthSouth Corp. She oversees risk-related issues for all lines of insurance for more than 133 acute rehabilitation hospitals. Lynne graduated from the University of Alabama, Birmingham School of Nursing in 1983. During the first 20 years of her career she served in many clinical and administrative roles and obtained a master’s degree in public and private management from Birmingham Southern College. She was admitted to the Alabama Bar in 2001 after graduating from Birmingham School of Law and moved into the position of risk manager at the former HealthSouth Medical Center. In late 2001, she joined the HealthSouth Corp. risk management team. In 2005, she received a master’s degree in bioethics and health policy from Loyola University, Chicago. She is also an instructor in the Master’s of Science in Healthcare Law and Policy program at Samford University.