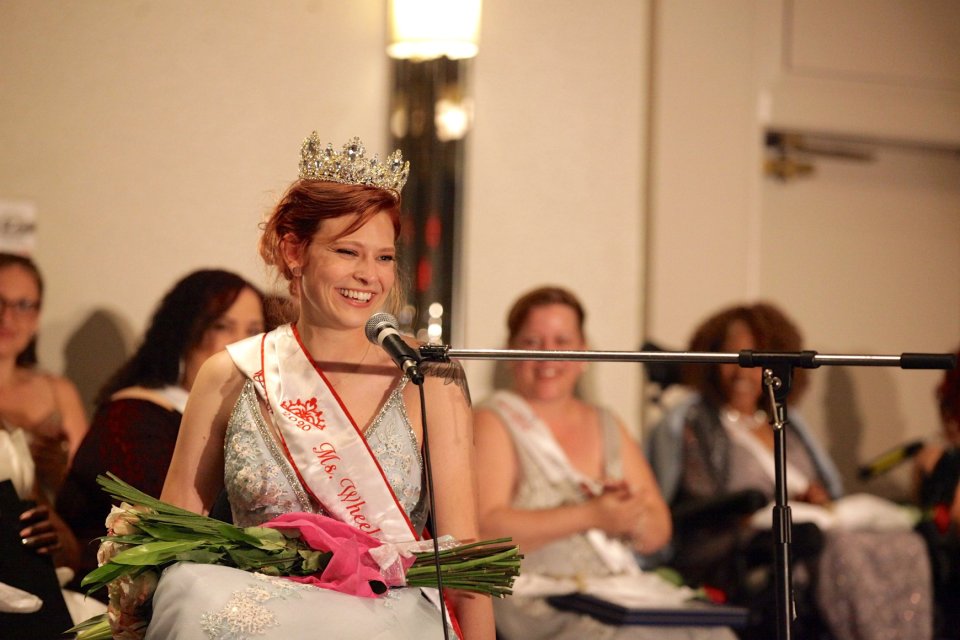 It was the perfect night for Hilary Muelberger to hang out with friends, as most 23-year-olds do. But as the evening progressed, the scenario changed dramatically when Hilary caught a ride with an intoxicated driver. Their car crashed into a house on Sept. 11, 2015, altering Hilary’s path for months to come.

The crash left Hilary with injuries to both legs, fractured ribs, a shattered tailbone, spinal fracture, punctured lung and an incomplete spinal cord Injury. She spent two weeks in a trauma hospital to recover and stabilize before moving to MidAmerica Rehabilitation Hospital, a hospital in the Encompass Health network, to begin her rehabilitation journey.

When she arrived, Hilary was scared and angry, struggling to sit up in bed and transfer to a chair.

“It was hard to grasp how different my life was going to be,” she said.

Hilary spent two weeks at MidAmerica Rehabilitation Hospital overcoming her fear of falling and learning to trust her therapy team.

“The therapy team saw the potential in me before I saw it in myself,” she said.

During her stay, Hilary began to get feeling back in her left foot and was able to wiggle her toes. Her therapists motivated her every step of the way. She continued to progress in outpatient therapy, improving her strength using various technologies including the AutoAmbulator, and later transitioned to walk with lofstrand crutches.

Hilary was determined to continue her active lifestyle, and tried wheelchair tennis, picking up a racket for the first time. Hilary now plays in several tournaments, including the U.S. Open USTA Wheelchair Championship in St. Louis, Missouri.

Hilary was also crowned Ms. Wheelchair America 2020. She hopes to keep shining a positive light on disabilities through her platform Achieving Independence through Adaptive Sports, much as the therapists at MidAmerica Rehabilitation Hospital became her light through the darkness and gave encouragement when she needed it most.

“If it wasn’t for outpatient therapy, I wouldn’t be where I am today and have as much function as I do,” she said.