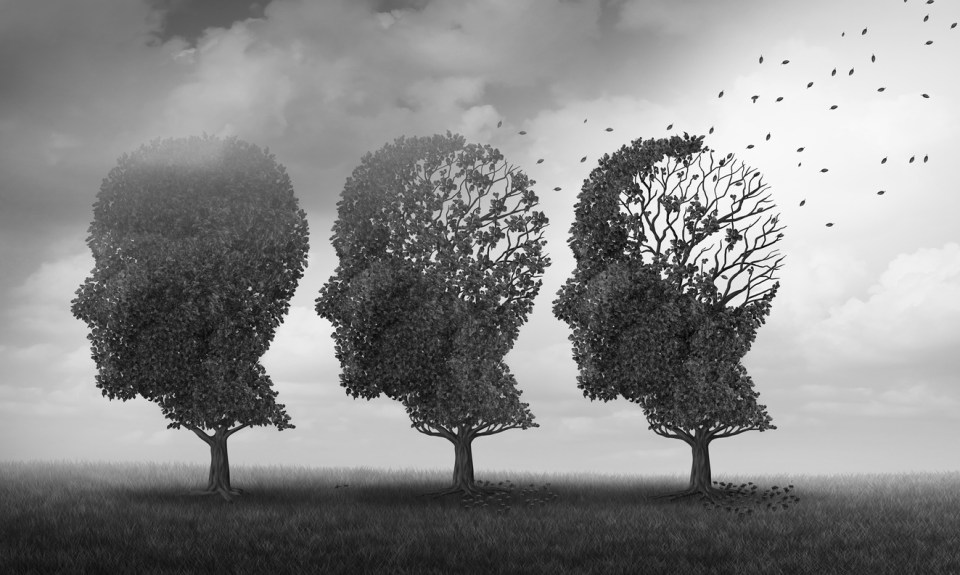 More than 5.8 million Americans are living with Alzheimer’s disease, and that number is projected to increase to nearly 14 million by 2050, according to the Alzheimer’s Association.

However, Alzheimer’s is just one form of dementia.There are several more memory diseases affecting some as young as 45 years old.

Dementia is not a specific disease, but rather an overall term that describes a group of symptoms associated with a decline in memory or thinking skills that are severe enough to reduce the ability to perform everyday activities.

Alzheirmer’s disease is the most common form of dementia, but there are other varieties.

The different types of dementia

Alzheimer’s diseaseis an irreversible, progressive brain disorder that slowly destroys memory and thinking skills, and eventually the ability to carry out simple tasks. Alzheimer’s is the most common cause of dementia among older adults, accounting for 60-80 percent of cases. Most people develop symptoms after the age of 65.

Lewy body dementia is the second most common type of progressive dementia. Protein deposits, called Lewy bodies, develop in nerve cells in parts of the brain involved with thinking, memory and movement.

Frontotemporal dementia, also known as Pick’s disease, causes a gradual decline in behavior, language or movement, with memory relatively spared. It is the most common form of dementia for those under the age of 60, as the onset of symptoms typically occurs between 45 and 64 years of age.

Vascular dementia is a decline in thinking skills caused by cerebrovascular disease, a condition that damages blood vessels and brain tissue which deprives brain cells of vital oxygen and nutrients.

The different stages of dementia

Encompass Health uses the Allen Scale and GDS Stage to rate the level of cognitive impairment. The different levels and stages indicate the age that person is likely functioning.

Tips for communicating with those with dementia

Encompass Health’s memory care program offers tips for successful communication with those with dementia. Below are tips on how to interact with those in the difference stages of dementia.

•  Don’t make assumptions about the person’s ability to communicate

•  Don’t exclude the person from conversations with others

•  Give the person extra time to respond

• Always treat the person with dignity and respect, never talking down or talking about them as if they were not there