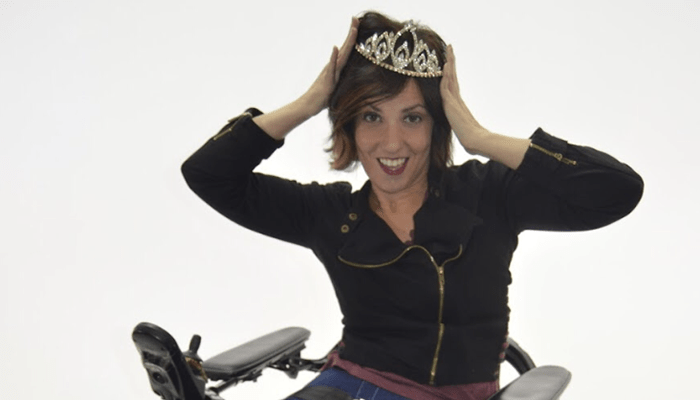 Heidi McKenzie created an adaptive clothing line based on her experiences as a spinal cord injury patient.

If there is one adjective you can use to describe 32-year-old Heidi McKenzie, it would be dynamic. She is a woman who wears many hats – and crowns. On any given day, you can find her rock climbing, playing sled hockey, surfing, prepping for a national pageant, serving on fundraising boards and running her own adaptive clothing line called Alter Ur Ego.

Heidi also happens to be paralyzed from the chest down.

At age 21, a traumatic car accident led to a major spinal cord injury but she has not let it stop her from enjoying her life and fulfilling her dreams. At the time of her accident, she was studying fashion merchandising and living in Ohio, but moved to Kentucky shortly after and transferred to Cardinal Hill Rehabilitation Hospital in Lexington for her rehabilitative care.

“It was amazing, because I learned how to be independent again,” said Heidi. In addition to the care she received, she was deeply impacted by the support group as it allowed her an opportunity to get real answers from other spinal cord injury patients and wheelchair users facing similar issues.

After she was settled in Kentucky, Heidi re-enrolled in college and completed a bachelor’s degree in small business management; and then, prompted by a tip from her rehabilitation counselor, she decided to try something new by competing in a pageant for wheelchair users. In 2012, Heidi was crowned Ms. Wheelchair Kentucky, but her advocacy did not stop there.

In a quest to find functional, stylish clothing for wheelchair users, she discovered a way to combine her backgrounds in fashion merchandising and small business management by making her own clothes. Standard jeans sagged around the derriere and had inaccessible side jean pockets, uncomfortable waistbands and back pockets that created painful sores. She worked to resolve those issues in her own jean designs for men and women by incorporating elastic waistbands, front-thigh pockets, higher-rise waistbands, no back pockets and even a space for catheter access.

When she’s not making jeans or promoting her products, Heidi can be found playing adaptive sports; participating in an area support group for wheelchair users called Let’s Roll Kentucky; serving on the board and raising money for inclusive playgrounds through the Kendall and Friends Foundation; and prepping for the national pageant taking place in July 2018 where she will compete as the reigning Ms. Wheelchair Kentucky USA 2018. Not by surprise, Heidi is also making her own gown for the competition.

Heidi has found her voice as an advocate and lives her pageant platform of “Breaking Barriers” every day. She wants people to recognize others for who they are and not define them by their disabilities. “Family and friends have never treated me any differently,” she said of her supportive network. “I just want others to feel the same.”