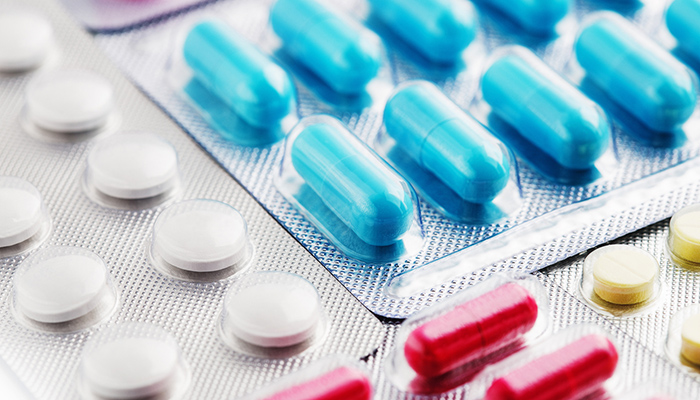 Heap of medical pills in white, blue and other colors. Pills in plastic package. Concept of healthcare and medicine.

Tips on managing medications and more

As the director of pharmacy at Encompass Health Rehabilitation Hospital of Franklin, Tennessee, Michael Multon strives to make certain all his patients understand their medications, especially as they near discharge.

He sits with them going over their prescriptions, advising them when and how to take them.

“The biggest thing when they get home is scheduling their medications and taking them on time,” he said. “A lot of times, if they’re on a handful of medications, I’ll give them a medication sorter to take home. That’s just a way of keeping their medicine organized.”

Michael also lets patients know if there might be any drug interactions with vitamins or other medications and cautions them to be aware of expiration dates.

The advice he doles out daily isn’t just useful for patients; it’s also valuable to anyone taking medicine – be it prescription or over-the-counter.

The following are some tips from this seasoned pharmacist for taking medicines safely and effectively.

Do I really need to finish out that prescription?

Yes. Even if you’re feeling better a few days into the prescription, Michael said you still need to finish it up.

“If it’s seven, 10 or 14 days,  you need to take it all the way,” he said. “Without taking it all the way, there may still be some bacteria in the body, and it could come back even worse.”

Michael added that the body could even build a resistance to the drug when symptoms return, making the medicine ineffective.

Is it OK to go generic?

Again, the answer is yes. Most pharmaceuticals are made by only a handful of manufacturers that are distributed to different companies. Basically, Michael said, generic pain medication at Walmart is the same as the one at Walgreens. “The packaging is just different,” he said.

Speaking of expiration dates, are they really accurate?

That depends on the drug. Insulin, for instance, needs to be thrown away 28 days after the bottle is first penetrated, and someone on medication for epilepsy probably wouldn’t want to chance taking expired medicines.

However, most, especially over-the-counter medicines, have a shelf life of about six months after their posted expiration date, Michael said.

If the medicine truly has expired, Michael said it’s not likely to cause harm if taken, but it likely won’t be effective.

I’m healthy and don’t fall into any of the risk categories; do I really have to get vaccinated for the flu?

Absolutely. A completely healthy individual might not be at risk of death if they get the flu, but they are likely to come in contact with someone who could be.

“The whole point is to reduce the risk, even if you are a young and healthy person,” he said. “You’re not necessarily going to die, but you could pass it on to someone who is at risk.”

What about those scary warnings that come with so many prescriptions?

Most of those are extremely rare and affect less than one percent, but do be aware of any adverse reactions.

Severe headaches or nausea and vomiting are danger signs, Michael said, and a rash on the torso or hands and feet is an allergic reaction.

He cautions, though, to recognize the difference between warning signs and side effects that come with prescriptions.

“Some high-dose antibiotics cause diarrhea, but you just kind of have to live with it,” Michael said. “That’s a side effect, but if you’re vomiting and can’t keep the medicine down, that’s a problem, and that medicine is probably not the best choice for you.”

Always ask your pharmacist. They can tell you if a drug might not interact properly with another and anticipated side effects.

“They can get the point across in a one- or two-minute conversation,” Michael said. “A pharmacist can tell you if a certain medicine is going to make your mouth dry, so you’ll be drinking lots of water, or it will make you sensitive to the sun, so wear sunscreen if you’re outdoors. We can help.”