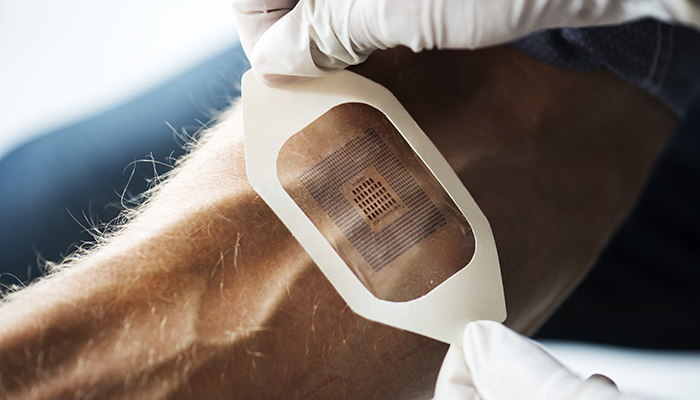 Wearable devices of the future could do much more than count steps; they could save lives and even circumvent potential medical emergencies

While checking a few emails one evening, Bud Langham got a startling alert from his Apple Watch – one he immediately scoffed at.

According to his watch, his resting heart rate exceeded 100 beats per minute. Bud, the chief clinical officer of Encompass Health’s home health and hospice segment, assumed it was an error but decided to check for himself to make sure.

“I took my pulse and could feel funny beats,” he said. “I ignored it at first, and thought it’s just stress or the sinus medicine I’d taken. Then over the next couple weeks, I kept getting these alerts. It alarmed me enough to see a physician.”

Bud was chronically dehydrated and deficient of some electrolytes. While he’s remedied the problem since, he’s still keeping a close eye on his Apple Watch.

Though wearables such as the Apple Watch are most commonly used as fitness trackers, Bud said they definitely have health benefits.

Consider the newest version of the Apple Watch. It can detect serious falls and has a built in ECG monitor, in addition to the other health and fitness features of the previous versions. The FDA has even approved the Series 4 as a medical monitor.

But the Apple Watch, Bud said, is just the beginning of how wearables could transform healthcare.

“Everybody talks about tracking steps, but that’s really elementary,” Bud said. “There’s a lot that’s going to be coming out soon related to wearables, especially adhesives.”

At the recent Consumer Electronics Show, one of the world’s largest technology trade shows, a group of scientists from Northwestern University debuted small, adhesive wearable patches. One detected UV rays and alerts the wearer’s phone when it’s time to apply more sunscreen; another could be placed behind the ear and detects the wearer’s level of hydration, alerting their phone when they need to take in more fluids.

Those wearable patches are what Bud and Dr. Richard Senelick, Encompass Health Press’ editor-in-chief, believe could be the future in patient care, especially in the home setting.

“One of the big problems we have in rehab is we kind of know what a patient does in the hospital,” Senelick said. “But in the home? We have no idea what takes place there and what they’re doing.”

For that reason and more, wearable devices could be ideal for tracking patients’ vitals when they leave the hospital setting. Instead of alerting the patient’s phone when there is a medical problem, these adhesives would alert the patient’s healthcare provider.

When it comes to preventative care, the possibilities are almost endless, Senelick said.

“These little devices can be programed to monitor just about everything,” he said. “Swallowing, breathing, sitting and standing … it’s just remarkable.”

A small wearable adhesive at the base of a patient’s throat could track voice strength over time, Bud sited as an example. That information would then be sent to their clinicians providing them with real-time data, alerting them at the onset of a potential problem.

“The wearable would allow us to instantly track strength of voice, so we’re watching that throughout the week, and suddenly we notice on Wednesday that there is a 20 percent decline in activity; they’re walking less, talking less,” Bud said. “The patient doesn’t feel bad yet, but we’re still able to detect clinical problems. Based on that we can send out a nurse.”

Early detection of those small problems would allow clinicians to intervene before it develops into something more serious.

What’s even more promising about some of the medical adhesives being developed is they require little to no effort on the patient’s behalf. Some even have battery lives of up to two weeks, meaning patients wouldn’t have to be burdened to charge the device every night like many wearables popular today.

While the new Apple Watch offers many medical benefits, it’s still pricey, starting at $399, making it unrealistic for many and unlikely that insurance would ever cover it. However, adhesive wearables cost much less, and Bud predicts insurance will cover them in the not-so-distant future, and that wearables – whatever form they may take – will soon be an integral part of patient care.

“I think it will be something that can do what the Apple Watch does but much cheaper,” he said. “Imagine putting on a Band-Aid and being able to collect that same data and much, much more. We can track data over time, and it gives us a window of opportunity to know when something is about to happen and intervene. My hope is that wearables let us detect clinical problems pre-clinically.”