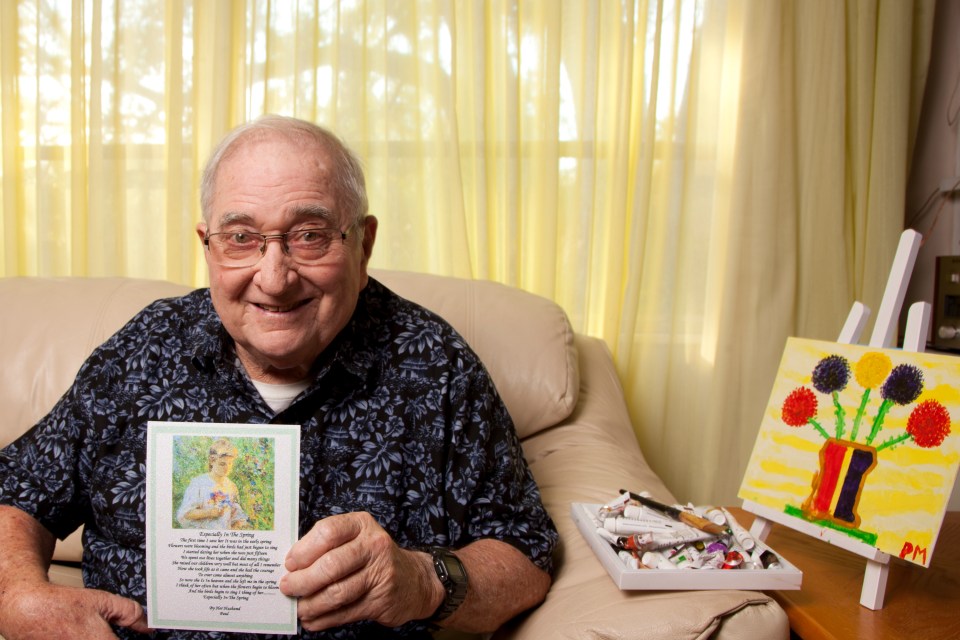 Paul Miller, a former professional photographer and poet, was working as a part-time security guard when he had a stroke. When numbness in his right arm and leg started, he drove himself to the nearby emergency room. There, it was confirmed—he was having a stroke.

Now, back at home, Paul continues to paint. He was recently surprised by his daughters at an art studio to celebrate his 80th birthday.

As part of Encompass Health’s national sponsorship with the AHA/ASA’s Together to End Stroke initiative, Paul’s artwork was featured at the Tampa Bay Go Red for Women luncheon on Feb. 15.